What we learned during the Disney Investor Announcements and its a lot!

Okay so there’s a lot of information that has come out from the Disney Investor Day announcements today, I took notes while watching so there’s a good chance I might have missed some stuff so apologies! Let me say while it was cool to watch a lot of the “tease” videos weren’t broadcasted on the live stream which made it a little disappointing (I managed to find some online) but that didn’t stop the excitement of some of the upcoming content across Disney+, Lucasfilm, Marvel, Nat Geo and in the theatrical space. I will say this now there’s so much Disney+ related content that the streamer will be a force to deal with in the years to come and you can honestly see they are throwing insane amounts of money at it  – I was a bit disappointed with the lack of theatrical cinema announcements, most of it we already knew.

Star & Star+ is launching outside of the US including Australia and will be integrated into Disney+ which will include 20th Century Studios content and FX TV plus original content and more. Star Launches Feb 23rd – Prices in Australia will stay the same for the first 6 months. (expect it to go up a few dollars after that) Star will have more mature ratings with new Parental Controls being released at the same time. This means we will see films like Logan on Disney+.

New Spinoffs for The Mandalorian with Favreau and Filoni – Rangers of the New Republic and Ahsoka Series.

Lando Series (At this time, it is unknown if either actor Glover/Billy Dee is attached to the new series, or if it will be live-action or animated.)

The Acolyte – Leslye Headland series, set in the High Republic and deals with the Dark Side of the Force!

Willow, an Original Series from Lucasfilm starring Warwick Davis, with pilot directed by Jon M. Chu, is coming in 2022

Taika is writing his films as we speak.

Patty Jenkins is directing Rogue Squadron and out Christmas 2023 – The story will introduce a new generation of starfighter pilots as they earn their wings and risk their lives in a boundary-pushing, high-speed thrill-ride, and move the saga into the future era of the galaxy.

Turner & Hooch – based off the Tom Hanks original movie

Beauty and the Beast Spin off Series – with Josh Gad and Luke Evans reprising the roles.

Percy Jackson and the Olympians

Peter Pan & Wendy will be flying to Disney+. David Lowery directs an amazing cast including @Yara Shahidi in the role of Tinker Bell and Jude Law as Captain Hook.

Three Men and a Baby – in development starring Zac Efron

Revisiting the Diary of a Wimpy Kid but animated

Night at the Museum

Disenchanted – Amy Adams is back

Raya and the Last Dragon to debut in cinemas and Disney+ Premiere access on March 5th 2021.

Big Hero 6 series on Disney+ a continuation of the movie called BAYMAX!

Dug Days Series – Spin off from the Up! movie on Disney+

Feature Film – Director of the Academy Award-winning short Bao, Domee Shi, brings us Turning Red. Meet Mei: she experiences the awkwardness of being a teenager, with an added twist: when she gets too excited, she transforms into a giant red panda. Turning Red comes to theaters March 11, 2022 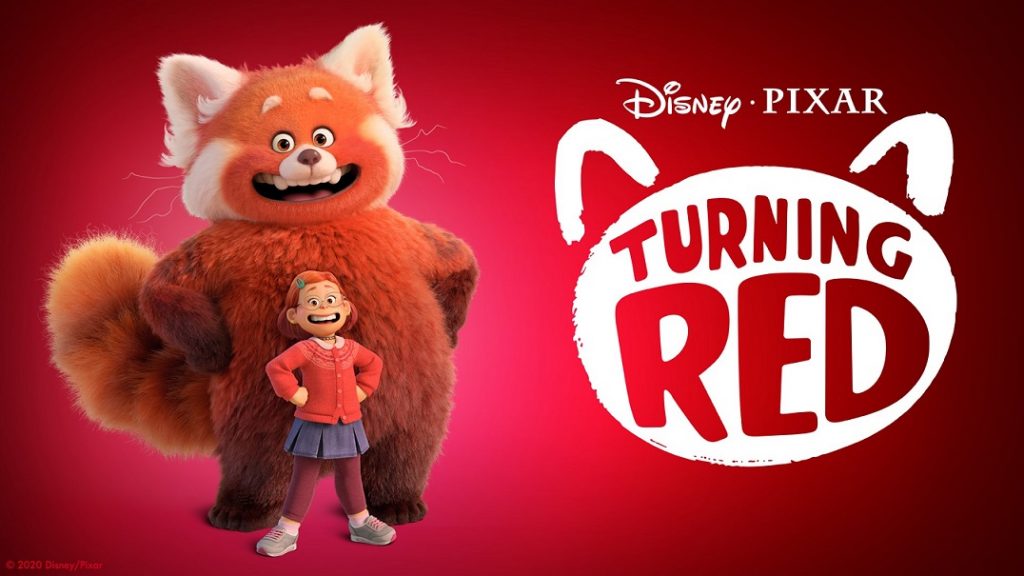 Feature Film – Lightyear – The blockbuster film that the Toy Buzz Lightyear is based from with Chris Evans voicing the character. (I wonder how Tim Allen feels about that?)

Doctor Strange in the Multiverse of Madness – in cinemas March 25, 2022 (will connnect to the next Spiderman film)

The Falcon and the Winter Soldier is 6 episodes and looks like it follows directly from Endgame. – Disney+

First Look at the What If..? animated series.

Captain Marvel 2 is currently in development and Ms Marvel will be in that film aswell.

She Hulk – will be on Disney+ with Tim Roth returning as Abomination with Mark Ruffalo as the Hulk and Tatiana Maslany in the title role.

WOW three and a half hours later I think we are finished. If I find anymore of the videos that didn’t air during the presentation I will update this article.