Perth movie-lovers, we’ve entered 2023 with all the glitter you could want. What else do we need to kick off this new year? Movies under the stars, that’s what.There’s no better time to get yourself to Luna Outdoor Cinema on Oxford Street, Leederville. Check out this week’s program. For further details or purchasing tickets hit the link. 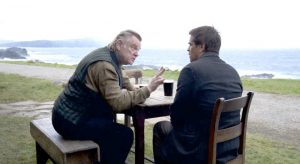 Set on a remote island off the west coast of Ireland during the Irish civil war, The Banshees Of Inisherin follows lifelong friends Padraic (Farrell) and Colm (Gleeson), who find themselves at an impasse when Colm unexpectedly puts an end to their friendship. A stunned Padraic, aided by his sister Siobhan (Condon) and troubled young islander Dominic (Keoghan), endeavours to repair the relationship, refusing to take no for an answer. But Padraic’s repeated efforts only strengthen his former friend’s resolve and when Colm delivers a desperate ultimatum, events swiftly escalate, with shocking consequences.

With a powerhouse Irish cast and exceptional writer/director McDonagh, The Banshees Of Inisherin revels in the tension of the unknown in this captivating story of an elongated friendship break-up. 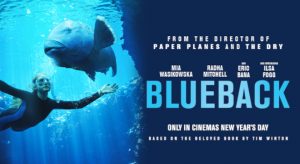 Based on the best-selling novel by Tim Winton, Blueback is a timely tale about the ocean, a beautiful marine creature, and a young girl’s power to change the world.

Following Abby, a child who befriends a magnificent wild blue groper while diving. When Abby realises that the fish is under threat, she takes inspiration from her activist Mum, Dora, and takes on poachers to save her friend. Directed by Robert Connolly (The Dry, Paper Planes) and stars Mia Wasikowska (Tim Burton’s Alice in Wonderland) alongside Eric Bana (The Dry) and Radha Mitchell (Neighbours). 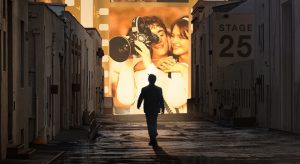 Steven Spielberg returns with a semi-autobiographical love letter to movie magic! With an all-star cast including Michelle Williams, Seth Rogen, Paul Dano, Gabriel LaBelle and many more, The Fablemans is a coming-of-age story and an exploration of the power of movies.

In a story loosely based on the filmmaker’s own childhood, 16-year-old aspiring filmmaker Sammy Fabelman (Gabriel LaBelle) is encouraged to pursue his dreams by his artistic mother Mitzi (Michelle Williams), despite the scepticism of his pragmatic scientist father Burt (Paul Dano). When Sammy discovers a shattering family secret, he will be forced to discover how the power of film can help him understand the truth.

Part personal portrait, part ode to the magic of the cinema, The Fablemans was the People’s Choice Award winner at Toronto International Film Festival and is an early frontrunner in the 2023 Best Picture race.