Perth film-folk, it’s January and there’s no better time to acquaint oneself with excellent, thought-provoking, independent cinema under the stars. Get on down to the Luna Outdoor Cinema on Oxford Street, Leederville. Check out this week’s program. For further details or purchasing tickets hit the link. 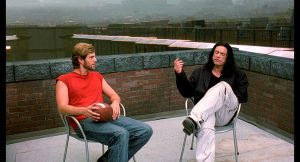 Grab your friends and get ready to throw spoons once again as Wiseau’s disasterpiece returns to the big screen for another sensational night of the cult phenomenon that’s so bad it’s good! Hosted by RTRFM’s Tristan Fidler (Movie Squad).

Friends, dress as your favourite character, wear tuxedos, throw plastic /eco-friendly spoons, bring roses, toss footballs, eat metaphoric apples and yell insulting comments about the quality of the film, as well as lines from the film itself.

Be prepared for a really a wild evening. You won’t forget it, that’s for sure. A strange, bizarre and unique cinematic experience! 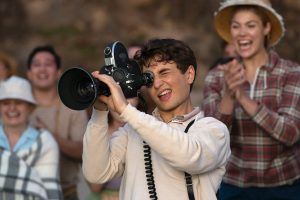 Steven Spielberg returns with a semi-autobiographical love letter to movie magic! With an all-star cast including Michelle Williams, Seth Rogen, Paul Dano, Gabriel LaBelle and many more, The Fablemans is a coming-of-age story and an exploration of the power of movies.

In a story loosely based on the filmmaker’s own childhood, 16-year-old aspiring filmmaker Sammy Fabelman (Gabriel LaBelle) is encouraged to pursue his dreams by his artistic mother Mitzi (Michelle Williams), despite the scepticism of his pragmatic scientist father Burt (Paul Dano). When Sammy discovers a shattering family secret, he will be forced to discover how the power of film can help him understand the truth.
Part personal portrait, part ode to the magic of the cinema, The Fablemans was the People’s Choice Award winner at Toronto International Film Festival and is an early frontrunner in the 2023 Best Picture race.