The first teaser for Marvel’s BLACK PANTHER has just been released, Chadwick Boseman is back in the title role and the film is set straight after the events of Captain America: Civil War when King T’Challa returns back to Wakanda.

Boseman is joined by an impressive cast including Michael B. Jordan as Erik Killmonger, Lupita Nyong’o as Nakia, Angela Bassett as Ramonda (T’Challa’s Mother), Forest Witaker and Andy Serkis reprises his role of Ulysses Klaue. 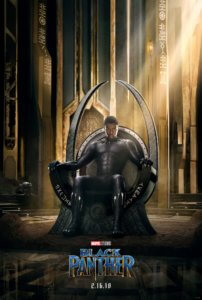 I personally don’t know much about Black Panther but I really enjoyed his character in Civil War so its great to see a standalone film so we can find out more.

Marvel’s BLACK PANTHER is due for release Feb 2018. Take a look below.