Supanova Expo is hitting Perth at the end of next month and I’m starting to get really excited about it, I attended last year with some friends and had a great few hours walking around seeing the stalls, hitting up some panels Jake Lloyds (Anakin, Starwars Ep1) which was quite hilarious and basically checking out everything pop culturally I could find.

As this years is coming up I just wanted to post something about whos attending and just what I enjoy about it, I know some people have never heard of Supanova and with the impressive lineup I thought I should let every know. Now obviously people relate supanova to everything nerd/geek/alternative etc but its really not, anyone whos a fan of Movies/TV/Comics/Writing/Collecting should attend over the weekend event 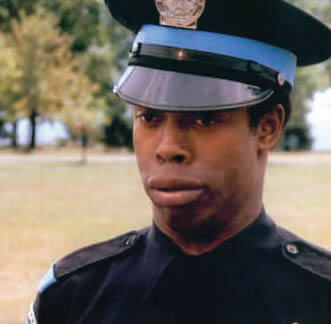 Now if you are a fan of like Dollhouse or True Blood/Twilight there are actually packages you can get which like give you a Autograph and photo with the guest etc. These are quite good eventhough they may seem a bit pricey the autographs and photos (you with the guest) individually usually cost between like $40-$50 each so I personally think they are really good value. You don’t need to get one of the packages to attend, just a normal day pass is $39.50.

Heres the Two main packages below.

TRUE-TWILIGHT PASS – $220,00 Each
For fans that are keen to sink their teeth into all things Twilight and True Blood this is the pass for you.
– Exclusive through Ticketek
– Admission throughout the weekend including Preview Night
– Exclusive True Blood Panel
– Exclusive Twilight Panel featuring Chaske and Jodelle together
– Two (2) autographs from amongst our Twilight/True Blood media guests (additional ones available for purchase)
– Premium seating behind the Supa-Star VIPs at all panels featuring Chaske, Jodelle and Andy
-Priority Queuing including ability to pre-purchase photo and signature ops for ALL guests during Friday night’s Preview Night to avoid queues on Saturday and Sunday
– Limited to 150 per expo – $220.00 each

The Whedonverse Experience – $400.00 Each
For the lovers of all things Joss Whedon…

– Exclusive through Ticketek – Admission throughout the weekend including Preview Night
– Exclusive Dollhouse Panel featuring Eliza and Tahmoh together
– Exclusive Whendonverse photo featuring YOU in between Eliza, Charisma, Felicia and Tahmoh
– Two (2) media guest autographs (maximum 1 per guest – additional ones available for purchase)
– Premium seating behind the Supa-Star VIPs at all panels featuring Eliza, Tahmoh, Felicia and Charisma
– Priority Queuing including ability to pre-purchase photo and signature ops for ALL guests during Friday night’s Preview Night to avoid queues on Saturday and Sunday – Limited to 100 per expo

Other then just guests at Supanova there are plenty of Stalls and entertainment including Wrestlers from AMF that do shows throughout the day, the 501st (Star Wars Costume Group), Panels with the Guests which include Q & A Sessions, Tabletop Gaming, Laser Tag and Anime Screenings just a to name a few.

If you want to get tickets head to Ticketek or get them on the day. AccessReel will be attending the event and posting articles throughout, we are also hopefully securing some interviews with a few of the guests.

Perth’s Supanova is at Claremont Showgrounds within the Robinson Pavillion, there is heaps of parking available and something for everyone.

Check Supanova out on the weekend of June 25th-27th.