The trailer is here for Ben Young’s next film Extinction starring Michael Peña and Lizzy Caplan, for those that don’t know Ben is a Perth filmmaker who directed the incredible Hounds of Love which received critical acclaim after premiering at the Venice Film Festival. This time around his film will be screening on Netflix worldwide from July 27, take a look at the trailer below.

A father has a recurring dream of losing his family. His nightmare turns into reality when the planet is invaded by a force bent on destruction. Now, fighting for their lives, he comes to realize an unknown strength to keep them safe from harm. 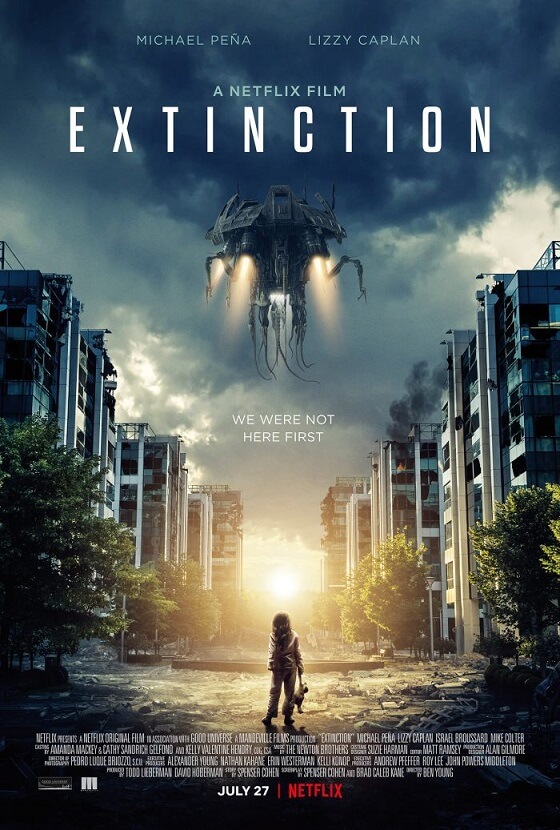 Extinction premieres July 27, only on Netflix