The Wolf Creek team is back and the film will be shopped at this years virtual Cannes Film Festival for the overseas markets..

In the film, an American family takes a dream trip to the Australian outback and soon draws the attention of notorious serial killer Mick Taylor. A hellish nightmare ensues as the couple’s two children escape only to be hunted by Australia’s most infamous killer.

John Jarratt will reprise his role of Mick Taylor. Rachele Wiggins will direct from a screenplay by Duncan Samarasinghe.

Wolf Creek creator Greg McLean will produce through his Emu Creek Pictures banner, alongside Bianca Martino (“The Darkness”) and Kristian Moliere (“The Babadook”).

From Variety – Producer Greg McLean said: “Serial killing pig shooter Mick Taylor — portrayed by the iconic Australian actor John Jarratt — will once more terrorise the Outback. And we couldn’t be more excited about the creative team we’ve assembled to realise tπhe next chilling chapter in the Wolf Creek franchise. Duncan’s compelling, suspense-filled script combined with Rachele’s exciting directorial vision for the film will deliver a horror roller-coaster ride sure to delight genre fans around the world.” 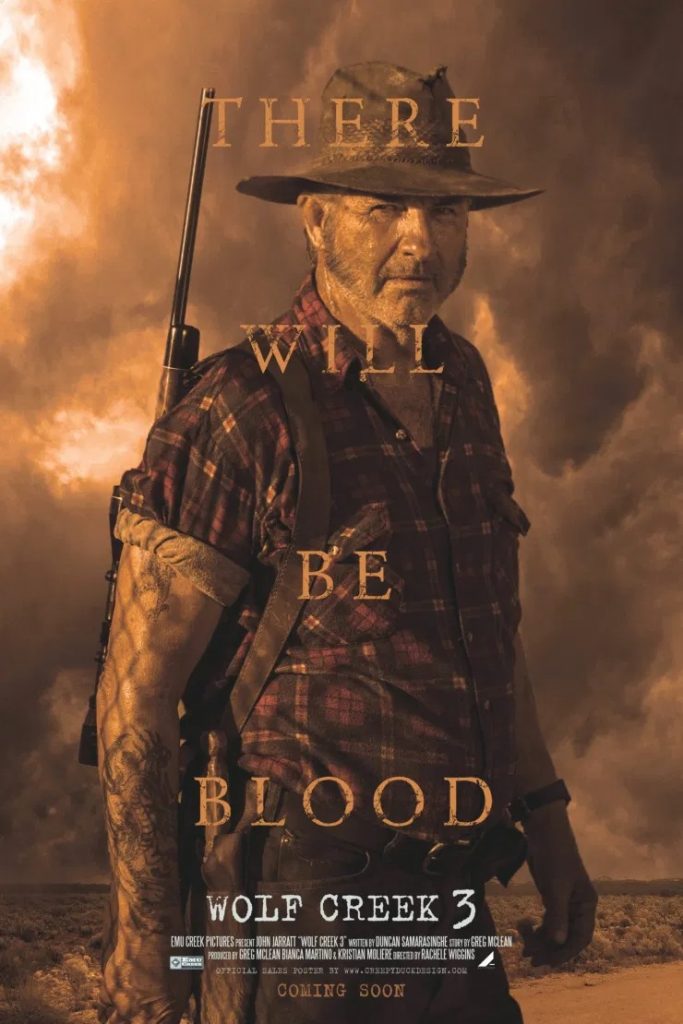