Musings on The Last Jedi

Star Wars Episode VIII: The Last Jedi is sitting on 91% over at rotten tomatoes, it has grossed more than $1.3 billion at the worldwide box office, and it featured the long awaited return of Mark Hamill in a significant role to a Star Wars film. The film ranked an 8.1 out of 10 from AccessReel readers, and yet with all this positive reception it has also been surrounded by passionate and opposing views, causing fan unrest not dissimilar to what occurred over the years of the prequel episodes being released. It currently holds an audience score of 45% on rotten tomatoes, which for those keeping score is 14% lower than the Phantom Menace.

As an example, one comment received on our website in response to a favourable review was as follows…..

Such a glowing review of the decades dumbest film means all your other reviews are suspect . Poor writing, stupid characters and bloated.

Further to the fierce debate that arose online, a petition was launched on change.org seeking to have Disney remove the film from the official Star Wars continuity, not dissimilar to that which happened to the expanded universe which existed prior to the release of Episode VII: The Force Awakens. The petition includes the following request;

Episode VIII was a travesty. It completely destroyed the legacy of Luke Skywalker and the Jedi. It destroyed the very reasons most of us, as fans, liked Star Wars. This can be fixed. Just as you wiped out 30 years of stories, we ask you to wipe out one more, the Last Jedi. Remove it from canon, push back Episode IX and re-make Episode VIII properly to redeem Luke Skywalker’s legacy, integrity, and character.
We stuck by you when you did things that hurt us before, so we ask you now, please don’t let this film stand. Don’t do this to us. Don’t take something so many of us loved so much and destroy it like this. Let us keep our heroes.

It was recently reported that the petition which originally had a target of 150,000 signatures, was closing on its goal having achieved more than 110,000. The seeming level of unhappiness with this film has been interesting to watch, and despite the film not moving in a direction I would ever have anticipated, I think the merits of Rian Johnson’s film have always shone through.

Here are a few retrospective musings on the film……needless to say spoilers abound, but if you haven’t seen it already, I’m guessing it’s because you don’t care. 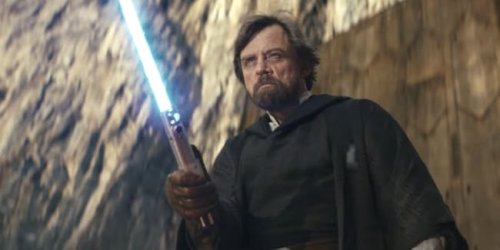 The characterisation of Luke, there’s no avoiding it, this was the most difficult aspect of the Last Jedi I found to process! The hero of my youth did not grow up to be the hero I wanted him to be, I longed for Luke to be the venerable Jedi Master who would accept and train Rey, directing her on the path of a Jedi, and a confrontation with Ben Skywalker. In a sense (and a roundabout way) this is what happened…..however Luke’s arc in the Last Jedi was one of guilt, sorrow, regret but also (and importantly) redemption and sacrifice. He wanted the Jedi to die, but ultimately saves the Resistance, and ensures the Jedi will continue.

Luke wasn’t the older wise Jedi Master that seemed the obvious continuation of his character at the end of Episode VI, he hasn’t the new Obiwan to a younger pupil, but ultimately what the Last Jedi delivered was something more complex than this, something more compelling and interesting than what I had wanted.

It’s kind of easy to say nothing much happens in the Last Jedi, the war barely progresses, the entire film arguably takes place over a very short amount of time, and plot-wise nothing much is different between when the film starts and the credits roll.

However, you can also say a huge amount happens in the Last Jedi, no character in this film is the same at the end as at the beginning. Each and every character drives the film, and undertakes a well-defined and detailed arc which sets them up for going into the final chapter of this trilogy. Finn from selfish to selfless, Poe from brash pilot to leader, Luke from being riddled with guilt, once again learns from his mistakes and saves the Resistance, and Rey from being so focussed on external influences, to being centred and independent.

Not once, but at least twice a character says ‘god speed’ in this film……what is the context of this dialogue in a Star Wars film? Somebody tell me…..

It’s allowed, there was a time when force lightening was a new force power, so introducing new powers such as force projection, I don’t see why this became such a big deal in the online world, so much so in fact that Rian Johnson addressed it via his twitter account. 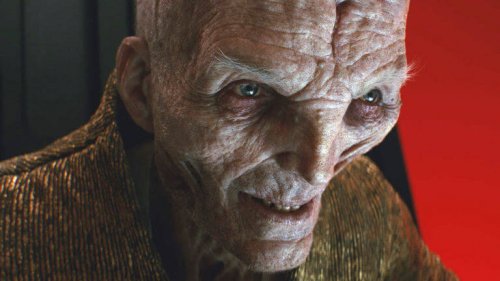 It appears that Snoke is no more, unless Episode IX brings out a Snoke clone or some such skulduggery, the Palpatine type villain character of this trilogy is gone by the middle chapter. Does it matter? Not really. Had Snoke survived, presumable we’d be looking at some sort of Rey, Kylo, Snoke confrontation as a significant part of Ep IX. But this is already done, resolved, out of the way….it makes room for Kylo’s arc to be explored in more detailed.

Sure Snoke has a backstory and this could have been explored and probably still will be in a novel somewhere (if it hasn’t already), there’s almost certainly a tale of a rise to power, a corrupting influence, and force manipulation that placed him at the helm of the First Order. But with him out of the way there’s plenty of screen time left to focus on the really compelling stuff with Rey and Kylo/Ben.

This is supposedly the final film in the Skywalker saga, let’s not have that crusty scarred old guy soaking up any precious screen time from what really matters!

Following the passing of Carrie Fischer, when the bridge of the Raddus took a hit during the battle and Leia was sucked out into space, I thought for sure that’s how Leia was being written out. But soon after, we witness her flying through space back to safety.

Refer to previous comment on new force powers…..in summary I have no problem with this sequence. Rian Johnson commented that this idea was that an instinctive survival response through her force sensitivity would allow Leia to use the force in order to move back to the ship, and it’s nice to see the daughter of Darth Vader using the force. Admittedly the visual effect here could have been a little better, but conceptually I don’t see what the fuss is about on this one. 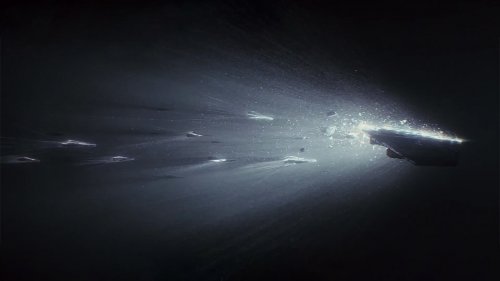 Admittedly this is tough to argue, if a ship can hyperspace through a small fleet, then why a few Rebel ships couldn’t be loaded up with a terminally ill (or highly committed) pilot, to then hyperspace through a bunch of Star Destroyers to win the Battle of Endor I’m not sure. It did result in a memorable visual effects sequence in the film though, so let’s file this away next to questions about why the Rebels didn’t use X-Wings against the AT-AT’s on Hoth, but they did on Scariff (and don’t tell me it was due to trouble adapting them for the cold).

So more than a year following the release of the Last Jedi, the passionate debate continues, for every news item related to this film I see posted online there’s almost always a flurry of comments for and against it. Ultimately my view remains that this is indeed an excellent film, definitely unexpected which I think hurt its reception to a degree, but the character development, the writing, and the action are all superbly executed.

You can read my Star Wars: The Last Jedi review here.