‘My Week With Marilyn’ Gets a Poster

‘My Week with Marilyn’ is an upcoming film starring Michelle Willams based off two books by Colin Clark The prince, the showgirl and me published in 1995 and My week with Marilyn published in 2000. The film focuses on the week in which Monroe spent time being escorted around Britain by Clark, after her husband, Arthur Miller, left the country. Today we get the first look at the poster which looks amazing!

In the summer of 1956, Colin Clark works as an assistant on the British set of The Prince and the Showgirl, which stars Laurence Olivier and Marilyn Monroe, who is also on honeymoon with her new husband, playwright Arthur Miller. When Miller leaves the country, Clark introduces Monroe to British life and they spend a week together, during which time she escapes from her Hollywood routine and the pressures of work.

‘My Week with Marilyn’ is going to be premiering at the New York Film Festival with a US release on the 4th November, no word on an Australian Release as yet. 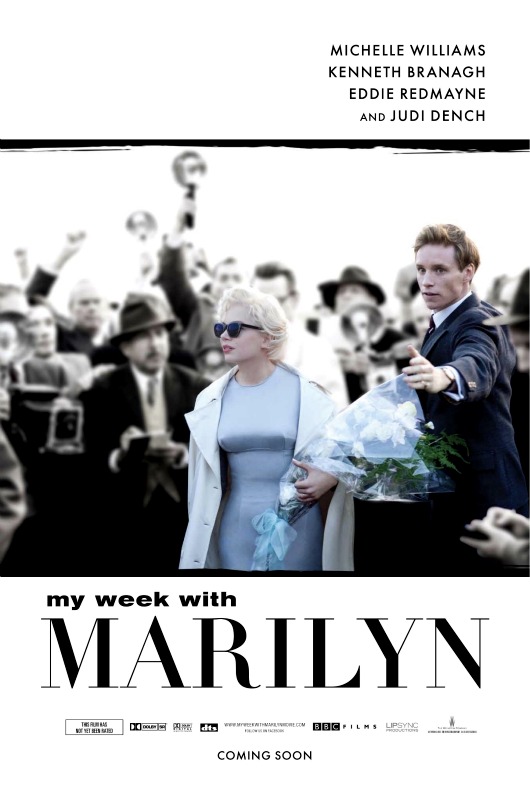