The boys from DRIFT were in town last friday to promote the film and we sat down with Actor and Producer Myles Pollard.Myles is a well known Australian actor after graduating from NIDA in 1998 went onto feature in many such shows as Water Rats, Home and Away, All Saints, Packed to the Rafters, Underbelly 2 and Sea Patrol but it was playing Nick Ryan in McLeod’s Daughters that put him on the map. Pollard co-produced DRIFT while also playing the lead role of Andy Kelly and was instrumental in DRIFT getting off the ground and has he explains in the interview it took 7 years to get the film off the ground. 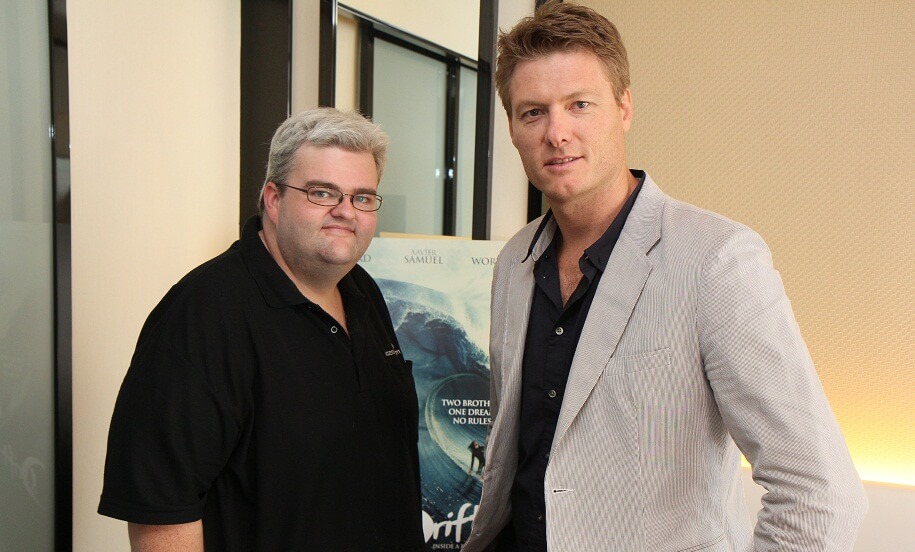 Inspired by Australia’s surfing culture and surf brands, DRIFT is a story set on Western Australia’s spectacular and rugged coastline in the early 1970s. It begins in a remote coastal town with the two Kelly brothers, who spend their youth searching for the perfect wave. Out of necessity the family launch a backyard surf business; re‐thinking board design, crafting homemade wetsuits and selling their new surf gear out of their van. Battling killer waves, small town conservatism and hard-core criminals, the brothers persevere, daring to dream of a world where they can surf to live and live to surf. A story of passion and corruption, deadly addictions and fractured relationships, Drift tells a tale of courage and the will to survive at all odds.