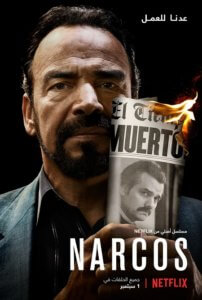 Now that the bloody hunt for Pablo Escobar has ended, the DEA turns its attention to the richest drug trafficking organisation in the world: the Cali Cartel. Led by four powerful godfathers, this cartel operates much differently than Escobar’s, preferring to bribe government officials and keep its violent actions out of the headlines.