Neo & Trinity are back in The Matrix Resurrections Trailer

The fourth movie in The Matrix saga is coming with The Matrix Resurrections, I was a little bit hesitant at first thinking “Do we really need another Matrix?” but seeing Keanu and Carrie-Anne back in the characters we fell in love with back in the late 90’s early 2000’s has totally got me intrigued to see where the story goes. So I’ll be there opening day to see how it all plays out.

From visionary filmmaker Lana Wachowski comes “The Matrix Resurrections,” the long-awaited fourth film in the groundbreaking franchise that redefined a genre.  The new film reunites original stars Keanu Reeves and Carrie-Anne Moss in the iconic roles they made famous, Neo and Trinity. 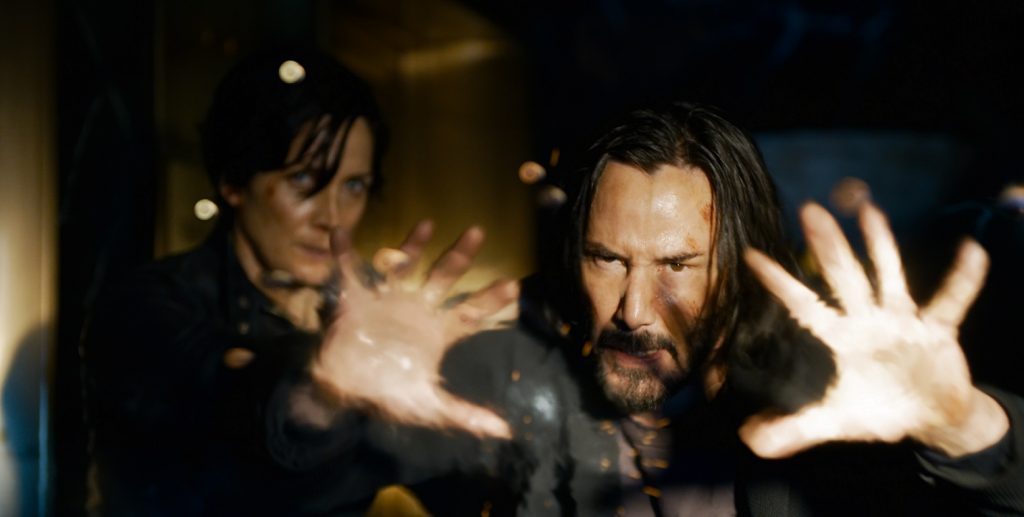 “The Matrix Resurrections” is a continuation of the story established in the first MATRIX film. It reunites Keanu Reeves and Carrie-Anne Moss as cinematic icons Neo & Trinity in an expansion of their story that ventures back into the Matrix and even deeper down the rabbit hole. A mind-bending new adventure with action and epic scale, it’s set in a familiar yet even more provocative world where reality is more subjective than ever and all that’s required to see the truth is to free your mind.

The Matrix Resurrections will release in Australian cinemas on January 1st, 2022