The Australian Film Future Foundation Limited (AFFF Ltd.) a non-profit organization whose mandate is to restore and digitise Australia’s lost films, will run the Awards of which Ozflix are the naming sponsor.  AFFF Ltd. Chairman, Alan Finney, renowned for his unwavering lifetime support of Australian cinema, co-founded Ozflix in 2015 with the organisation’s CEO, Ron Brown. 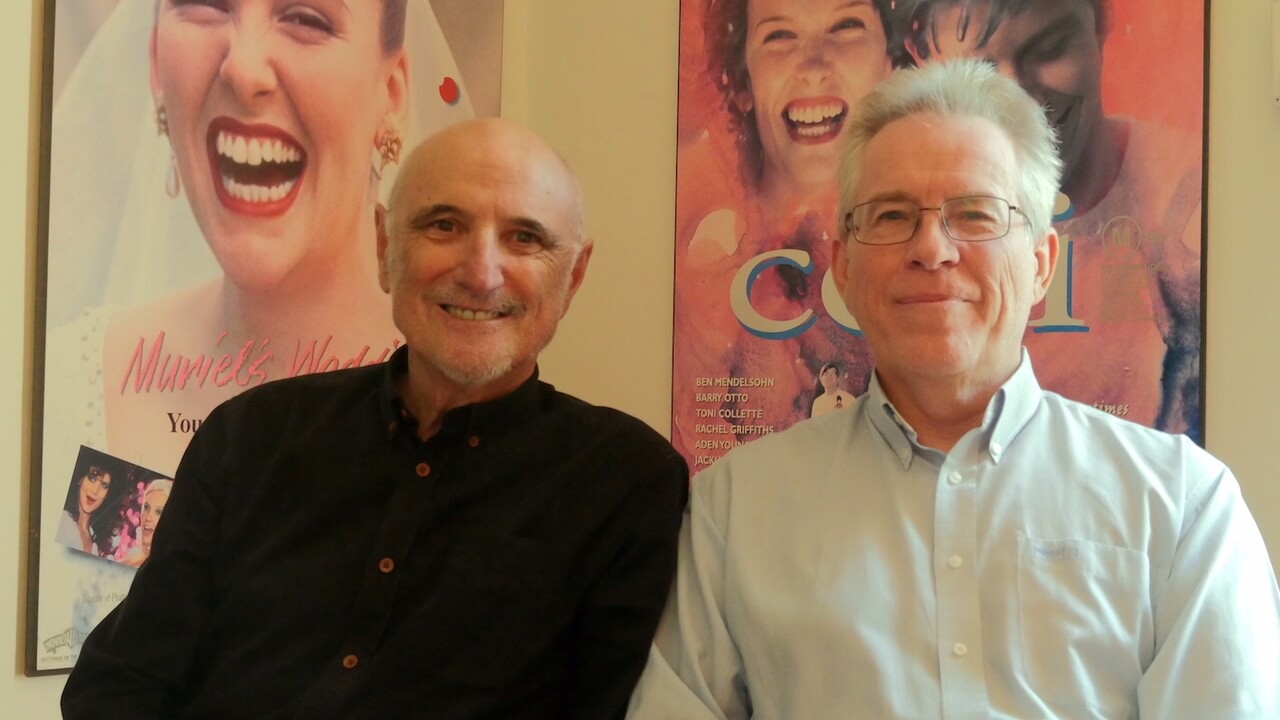 ABOVE: Alan Finney and Ron Brown

A national and on-going annual gala event, the “Ozzies” will celebrate the achievements of independent Australian films, that have been made for a budget of $5 million or less, via multiple sub-categories ranging from Best Film, Best Performance, Best Script, Best Cinematography and Best Production Design, to Best Costume Design, Best Sound, Best Editing, Best Visual Effects and Best Score.

Over the last decade, the financial divide between local features has increased significantly, resulting in the emergence of two distinct groups; those films with multi-million budgets that are in stark contrast to the majority of projects, which are produced for often less than $5 million.

It is the former category that frequently reaps accolades and recognition at industry Award Ceremonies, to the detriment of features and documentaries produced with leaner resources.

Ozflix believes that it is vital that Australia have an Awards event that recognises the important “indie” sector of our film industry and the sterling efforts of the many fine practitioners, from both sides of the camera, who work within.

Said Ozflix Co-Founder and CEO Ron Brown, “We have created the Ozflix Independent Film Awards to recognize the great achievement of making a successful film for under $5 million as opposed to a budget in excess of $20 million.  When you consider that 76% of all local features are produced for less than $6 million, we are long overdue in celebrating this consistently tenacious industry sector.  Extracting a good result within the restraints of a tiny budget, rather than a large one, requires substantially more ingenuity, creativity and sheer commitment. Therefore, every achievement is that much greater.”

Industry celebrities will present the Awards – to include trophies and cash prizes – at the “Ozzies” on 7 April.  Clips from nominated films will be projected into The Alex Theatre’s 500-seat auditorium, whilst the festivities will be streamed globally via Ozflix.

Voting for the inaugural Ozflix Independent Film Awards will close on 21 March 2018 with nominations to be announced shortly thereafter. Further details available on the Ozflix website.

Any proceeds from the “Ozzies” will be directed towards the AFFF Ltd., for its charitable purposes.