It fills me with such glee that there are still people out there that put effort into poster art work, being a fan of vintage horror film one sheets, I can appreciate the awesomeness of the new poster that has emerged for “Don’t be afraid of The Dark” an ambitious creepfest written by Guillermo Del Toro and directed by Troy Nixey.

We have been waiting FOREVER for this film to get a definite release date. It had jumped from January to mid August to late August 2010 and now it’s dwindling again, but the news that there has been a cool as poster revealed, makes me all excited again that this is assuredly still happening.

The film’s plot is as follows:

“Sally Hurst (Bailee Madison), a lonely, withdrawn child, has just arrived in Rhode Island to live with her father Alex (Guy Pearce) and his new girlfriend Kim (Katie Holmes) at the 19th-century mansion they are restoring. While exploring the sprawling estate, the young girl discovers a hidden basement, undisturbed since the strange disappearance of the mansion’s builder a century ago. When Sally unwittingly lets loose a race of ancient, dark-dwelling creatures who conspire to drag her down into the mysterious house’s bottomless depths, she must convince Alex and Kim that it’s not a fantasy—before the evil lurking in the dark consumes them all.”

I’m going to go ahead and make a prediction that this movie is going to rock. 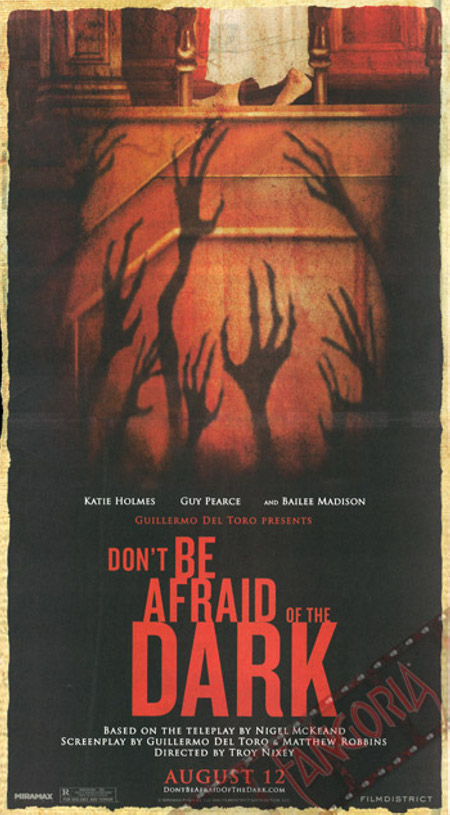 Head over to Fangoria for more Details