So there’s a new poster for Anna Foerster’s “Underworld: Blood Wars”. There were the chilly character posters from early October (Google it, you know you want to) but they were static and lovely in a bleak kind of way. Now we have a little more action going on. Selene (Kate Beckinsale) is being all bad-ass in the snow, obviously, and rocking the two hand guns, maybe as a subtle tribute to the cinema of John Woo or maybe so she can shoot twice the number of supernatural bad guys.

Theo James returns as Selene’s ally David as does Charles Dance playing Vampire elder Thomas. The franchise was kicked off by Len Wiseman in 2003 and has the staying power of well…an undead creature of the night. It even survived not having Beckinsale vamping for the third instalment. This fifth movie of the Vamp/Lycan saga opens in Australia on December 1st. 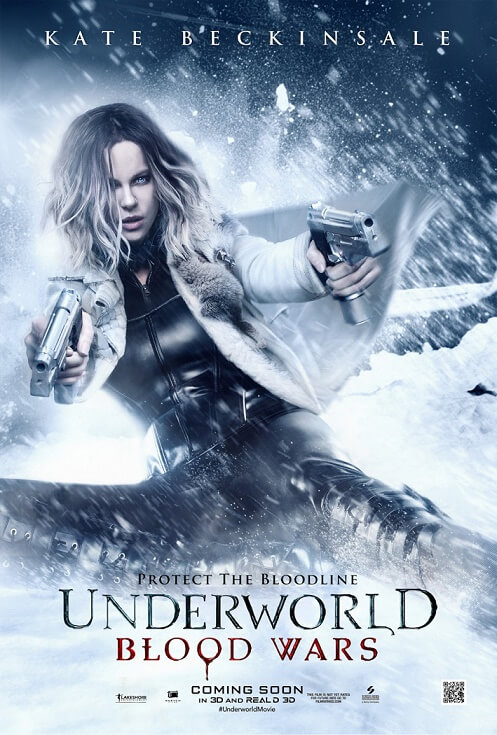 Keep your eyes peeled AccessReelers and keep watching this site, we will be giving away 50 passes to the Perth Premiere of UNDERWORLD 5 very soon!

Phil Jeng Kane
Phil has written for magazines, corporate videos, online ads, and even an app. He writes with one eye on the future, one eye on the past and a third eye on the Lotto numbers. His social bits are here.