The teaser trailer for the sci-fi action flick OCCUPATION is here ahead of its release in Australian and US cinemas, in the second quarter of 2018.

Occupation was produced by Carly and Carmel Imrie who worked with Sparke and Ewing on the 2016 creature feature Red Billabong, which marked SparkeFilms’ first foray into the action genre.

The storyline follows a group of small-town residents forced to band together to survive a devastating intergalactic ground invasion. As they fight for survival, the residents realise they need to stay a step ahead of their attackers and work together to strike back

“We had hundreds of extras, big set pieces, explosions at least once a week and 13 highly regarded ensemble cast members that would sometimes all be in the one scene, so we had to work smart and hard to bring it all together on time and budget,” said Sparke. 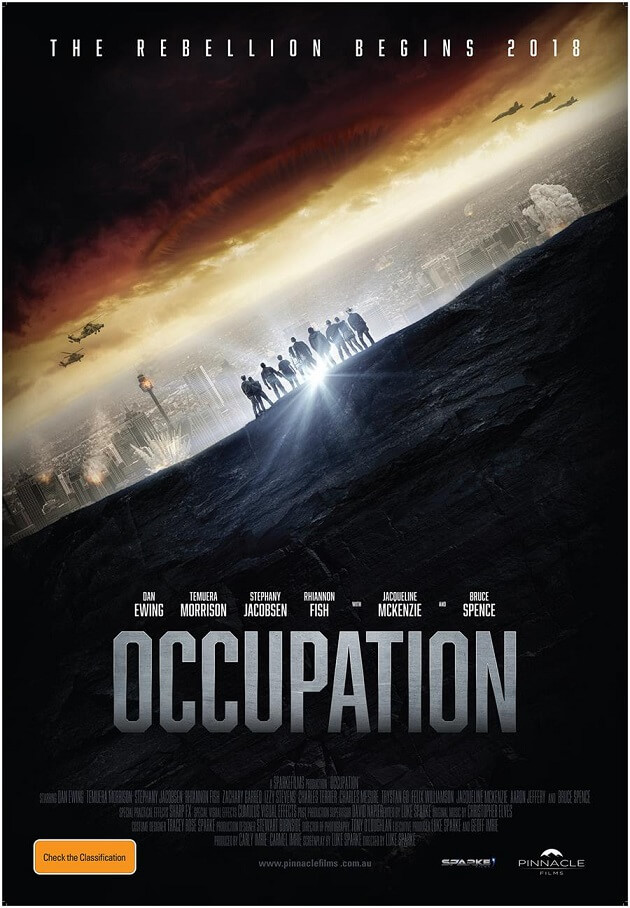 Occupation was shot over six weeks in Queensland and New South Wales from the Gold Coast to Bonogin at the back of Mudgeeraba, to Murwillumbah and Helensvale. It was independently financed and filmed with a $3m budget, and will be distributed in Australia by Pinnacle Films.