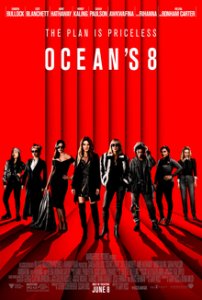 The target is $150 million in diamonds—diamonds that will adorn the neck of world-famous actress Daphne Kluger (Hathaway), who will be center stage at the event of the year, The Met Gala.

Their plan appears rock solid, but it will need to be flawless if the team is to get in and get away—all in plain sight.