HOUSOS VS FAT PIZZA (MA 15+) is Paul Fenech’s riotous follow-up to Housos vs. Authority which released in Nov 2012 reaching $1.354m at the Australian box office.  HVFP will be as rude, crude, obnoxious and hilarious as HvsA with the HOUSOS crowd now facing off against the characters from the successful series – FAT PIZZA and bringing their style of comedy to cinemas.

Cult classic “Fat Pizza” collides with the Logie winning comedy “Housos”.  After 15 years pizza chef Bobo Gigliotti is released from prison, his crime; assaulting a health inspector with a chainsaw. Rents have gone up in Australia and the only shop front Bobo can afford is in the infamous housing commission suburb of … SUNNYVALE.  The all-stars from Fat Pizza, Swift and Shift Couriers and Housos unite in an epic battle of thongs, chainsaws, bikies and pizzas.

Paul Fenech has continued to build on his brand of comedy (TV series SWIFT & SHIFT COURIERS, HOUSOS, FAT PIZZA) with his latest brainchild, BOGAN HUNTERS, which screened in mid-2014 to record audiences on 7Mate! 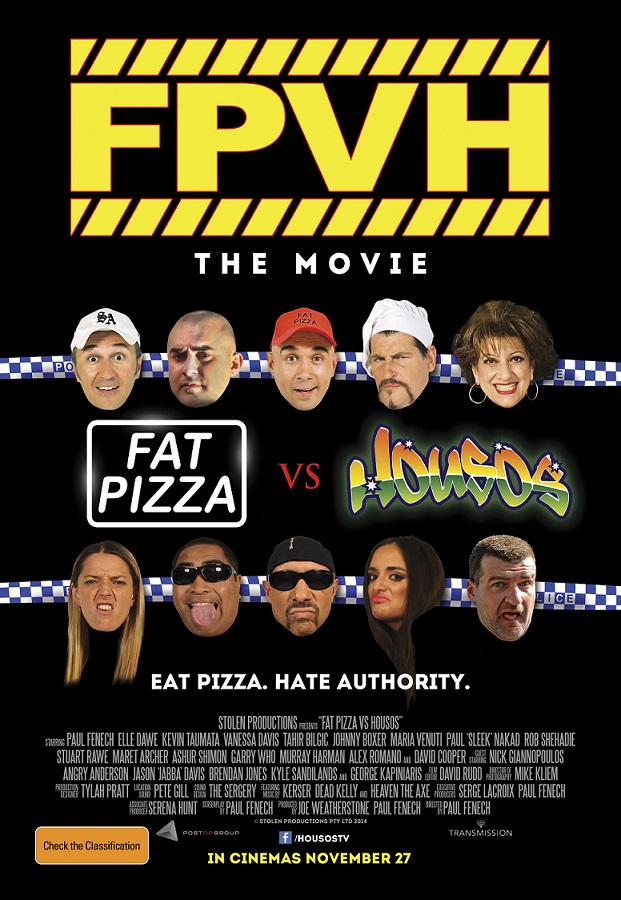 MEET PAUL FENECH AT CINEMA EVENTS AND APPEARANCES IN PERTH: