Summer nights at UWA Somerville will be brighter and bolder than ever with the State’s sharpest new projector showcasing the best in world cinema under the stars at Perth’s most iconic outdoor venue.

Enjoy a picnic with family and friends beneath the pines before being transported around the globe by a glorious array of films from legendary directors, famous stars and brilliant award-winning new talents.

The Festival has acquired the State’s brightest projector (4k at 40,000 lumens) to go with our state-of-the-art sound system to give our audiences the ultimate outdoor film experience.

Whether you want to take a wild adventure with Tilda Swinton, discover two very different but extraordinary stories with Charlotte Rampling, be scandalised by director Paul Verhoeven or have a laugh with Sally Phillips and Erik Thomson, there truly is something for everyone in the 2021-22 Lotterywest Films season.

Perth Festival Film Program Associate Tom Vincent’s handpicked selections include major new films by some of the most significant filmmakers of the past 40+ years – Paul Verhoeven (Benedetta), Joachim Trier (The Worst Person in the World), Zhang Yimou (One Second) and Apichatpong Weerasethakul (Memoria).

Breaking from the multi-screen film release tradition, director Weerasethakul is presenting Memoria as a touring roadshow, city to city and screen by screen. The ‘never-ending theatrical tour’ means the Cannes Jury Prize-winning film will never go to video, on-demand or on DVD. Memoria is set to be an instant classic, touring the world one audience at a time, and comes to Perth Festival on 24 January for one week only.

French film fanatics will delight with five of the season’s films in French, including documentary The Velvet Queen, the uplifting coming of age story La Traviata, My Brothers and I, the controversial Benedetta, Lingui, The Sacred Bonds and After Love. And the Australian premiere of Murina (Executive Producer Martin Scorsese) takes audiences to the Balkan seas in a father – daughter drama which won the 2021 Cannes Film Festival Caméra d’Or (best first feature film).

Closer to home we will celebrate the world-premiere of How to Please a Woman, the WA-made warm-hearted look at sexuality and vulnerability starring Sally Phillips (Bridget Jones’ Diary), Erik Thomson (The Furnace, premiered at Lotterywest Films 2021) and directed by Renée Webster (The Heights). This comedy-drama was shot in Perth and Somerville audiences will be sure to catch glimpses of Fremantle throughout. 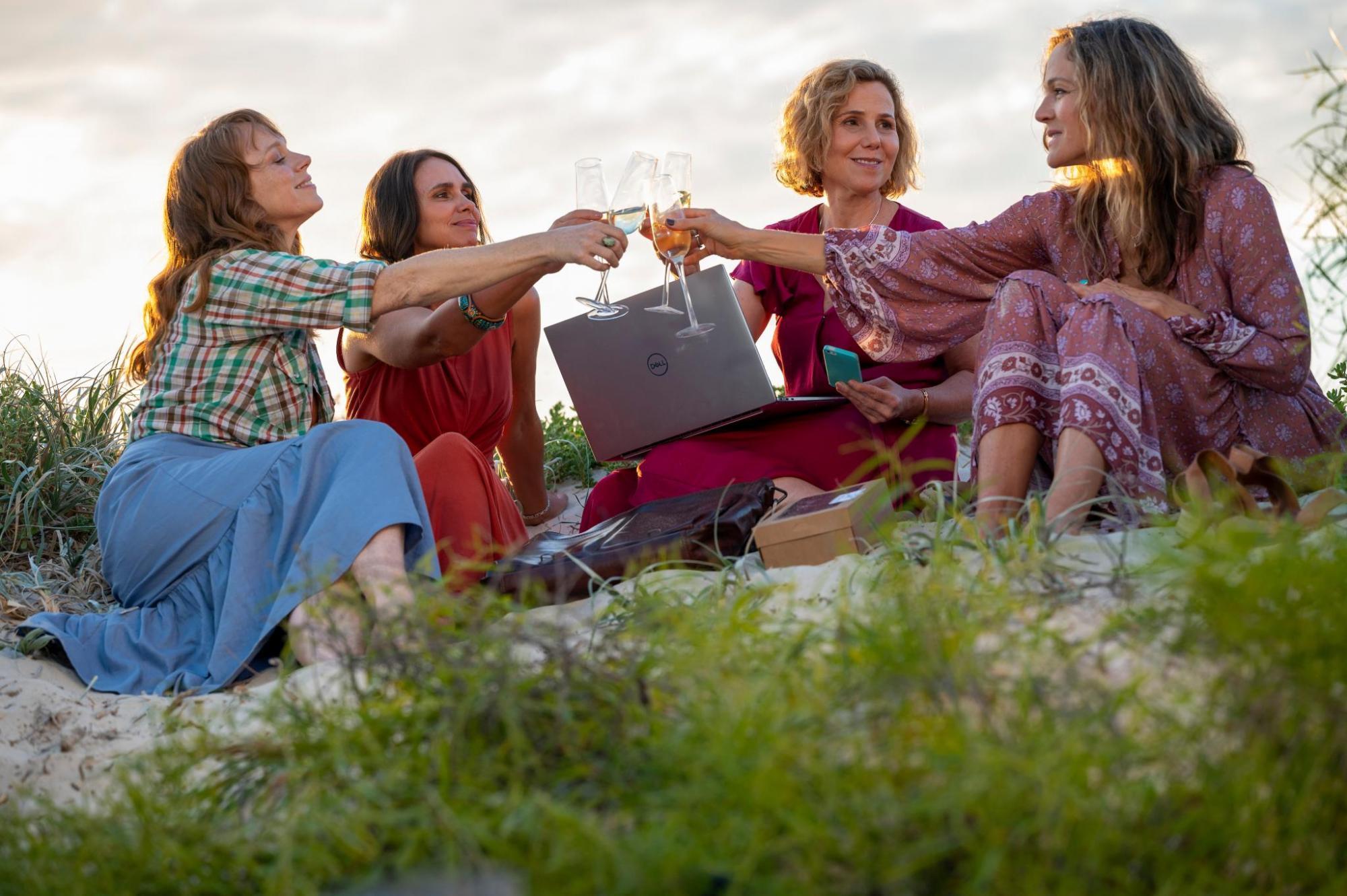 Across the Tasman in New Zealand, Emmy, Golden Globe and Academy-Award nominated star Charlotte Rampling takes on the role of feisty alcohol-fuelled Ruth, who battles her self-destructive grandson (up and coming Kiwi star George Ferrier) in Juniper. It stands in stark contrast to her performance as a sceptical Abbess in Verhoeven’s 17th Century lesbian-nun drama Benedetta.

‘Whether you come to be transported on a night under the stars with friends or you’re seeking creative connections from around the world and from the local community,’ programmer Tom Vincent says. ‘Maybe you’re after something extraordinary, something wild; that chance to experience the world’s greatest film artists testing the boundaries.

‘It’s with all this in mind that I’ve put this program together and I can’t wait for you to see them.

‘And I’m especially happy that Perth’s own Renée Webster and her wonderful film How to Please a Woman are integral to this year’s celebration of all that is cinematically great and interesting, and that Perth Festival can help launch her work to the world.’

Acting Lotterywest CEO Ioannis Gerothanasis said Lotterywest is proud to continue its support of more than 30 years to Perth Festival.

‘Thanks to the support of Western Australians playing Lotterywest games we can support events that bring our community together,” Mr Gerothanasis said.

‘Lotterywest Films is a chance to enjoy some of the world’s best films in what’s become one of our State’s most iconic outdoor cinemas.’