Kevin Smith’s new film Tusk stars Haley Joel Osment, Justin Long, and Michael Parks and is due for release in 2014. Born out of a podcast dicussion with his friend and co-host Scott Mosier. Smith has revealed plans to promote the film at this year’s San Diego Comic-con promising a trailer for audiences in Hall H.

As part of the lead up, the poster for Tusk has been revealed which you can see below; 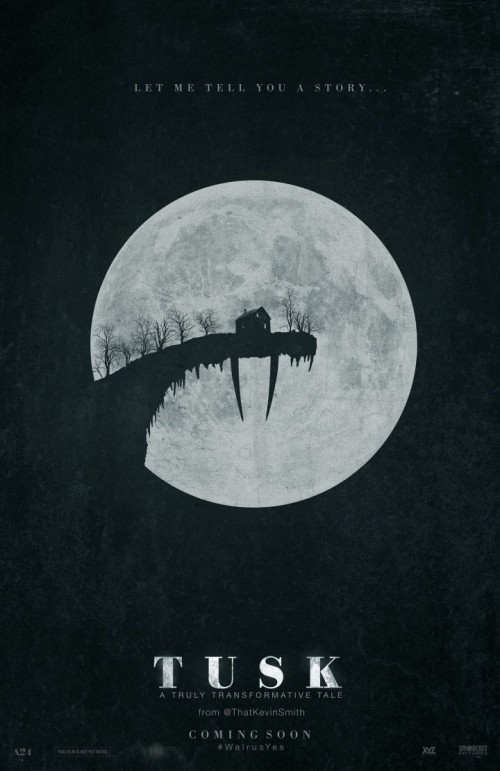