The Shack was originally a novel by Canadian author William P. Young that was self-published in 2007. It was the No. 1 paperback trade fiction seller on The New York Times Best Seller list from June 2008 to early 2010. It was controversial because it told a story that showed how God works in our everyday lives. Many loved the book for exactly this reason.

Now ten years later, THE SHACK has been adapted into a movie starring Australia’s own Sam Worthington as the main character Mack. Fellow Aussie Radha Mitchell plays his wife Nan. Octavia Spencer also stars. The story deals with serious subjects and the part God plays in their resolution. The storyline of the film is as follows:

After suffering a family tragedy, Mack Phillips spirals into a deep depression that causes him to question his innermost beliefs. Facing a crisis of faith, he receives a mysterious letter urging him to an abandoned shack in the Oregon wilderness. Despite his doubts, Mack journeys to the shack and encounters an enigmatic trio of strangers. Through this meeting, Mack finds important truths that will transform his understanding of his tragedy and change his life forever.

AccessReel.com was fortunate to interview Radha Mitchell about The Shack, working with Sam and other projects this talented actress has been involved in.

AR: THE SHACK is about forgiveness in some tough circumstances.

RM: That’s always of interest to me and I think the movie explains that kind of emotional transformation.

AR: Do you have to be a Christian or religious to appreciate it?

RM: It clearly speaks with a Christian vocabulary, but even if you’re not brought up with that, the movie still speaks to a very human part of us. I think there are good things about the various religions. They have helped bring out the “human-ness in humanity”. When things get bad in society it can be very dog eat dog, and that’s when ethics and principles have to be taught. Sometimes it makes sense to create a culture of sweetness and humanity and often that’s a religious context. The story is emotional and Sam’s performance is very raw. He’s not a schmaltzy actor. He doesn’t take you in a direction that would have been unappealing or unrelatable. He grounds the movie.

RM: It is a challenging project, but that’s what I liked about it. The movie does something that normally doesn’t get done in terms of filmmaking. That’s what attracted me to it. It doesn’t seem like it would fit well with everybody, but it actually offers something to everybody. There’s something about the story that connects.

RM: We spent a little time with the book’s author. It was interesting he had some experiences with religious indoctrination. He had that conflict of wanting to be close to God but feeling like there was a lot hypocrisy in religion. And that came out in the book and you see that expressed in the character of Mack. You see him go through his own crisis and actually his principles and his faith save him. 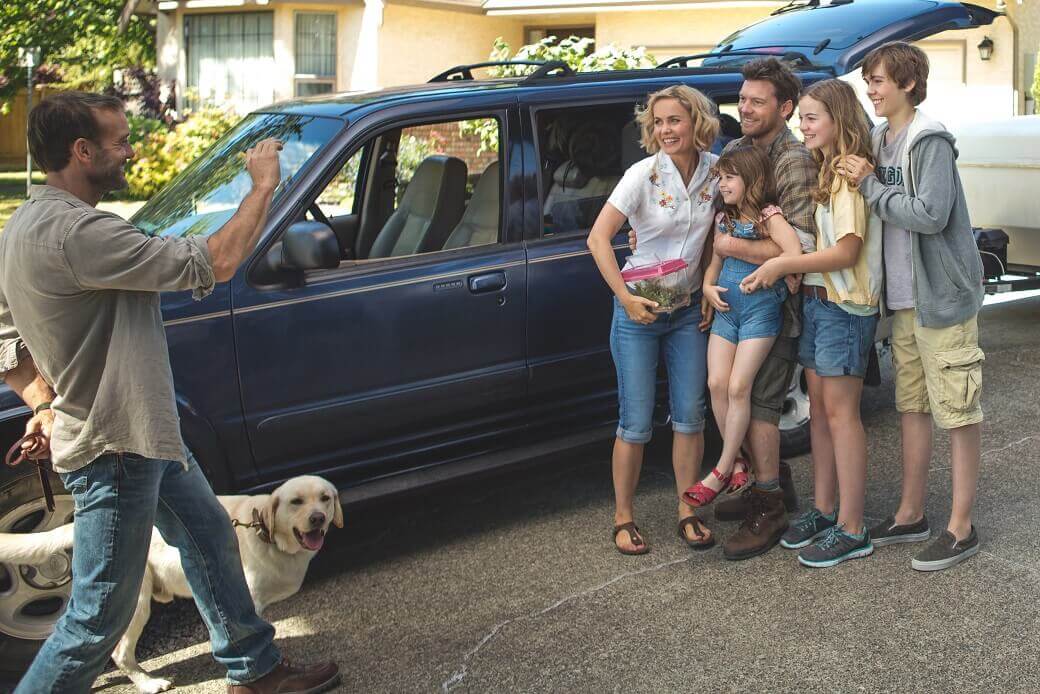 AR: You have worked with Sam before.

RM: We worked together on ROGUE. I had a great time working with him this time too. He’s versatile. He likes to challenge himself an actor and keeps changing things up.

AR: Do you see yourself working on more long form drama like RED WIDOW?

RM: Television is very different to feature films. It’s a lot quicker and quite exhausting to do.  It will probably be a while before I do a project like that again.

AR: Apparently the film WAITING CITY was another challenge.

RM: (Laughs) It was a huge challenge physically. We shot in India and at one point I was very nauseous for a number of days, but had to keep shooting despite that.  It was worth it, for the end result.

AR: What do you have coming up?

RM: There’s something in the mix I can’t talk about. And I am also looking at the third Olympus Movie.

RM: (Laughs) Wouldn’t that be great?