This movie has been on my radar since Sacha Baron Cohen was attached to star as Freddie as I thought that was perfect casting sadly that didn’t happen but I’m really excited to see what Rami brings to the role hes an incredible actor.

For those that don’t know about the Sacha drama he was on Howard Stern a few years back and the truth finally came out on why he pulled out of the film in 2013 – he said “A member of the band – I won’t say who – said: ‘You know, this is such a great movie because it’s got such an amazing thing that happens in the middle.’” “And I go: ‘What happens in the middle of the movie?’ He goes: ‘You know, Freddie dies.’ … I go: ‘What happens in the second half of the movie?’ He goes: ‘We see how the band carries on from strength to strength.’ “I said: ‘Listen, not one person is going to see a movie where the lead character dies from Aids and then you see how the band carries on.’ “There are amazing stories about Freddie Mercury. The guy was wild. There are stories of little people walking around parties with plates of cocaine on their heads!” Cohen then said “They wanted to protect their legacy as a band.” I’m pretty happy that he withdrew for that reason it’s definitely a movie I don’t want to see especially not with Freddie dying half way through.. BUT lets hope thats all in the past and the script was rejigged.

This is only the first trailer so I didn’t expect to see too much so really excited to see the second.

Bohemian Rhapsody is a foot-stomping celebration of Queen, their music and their extraordinary lead singer Freddie Mercury, who defied stereotypes and shattered convention to become one of the most beloved entertainers on the planet. The film traces the meteoric rise of the band through their iconic songs and revolutionary sound, their near-implosion as Mercury’s lifestyle spirals out of control, and their triumphant reunion on the eve of Live Aid, where Mercury, facing a life-threatening illness, leads the band in one of the greatest performances in the history of rock music. In the process, cementing the legacy of a band that were always more like a family, and who continue to inspire outsiders, dreamers and music lovers to this day. 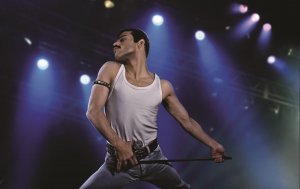 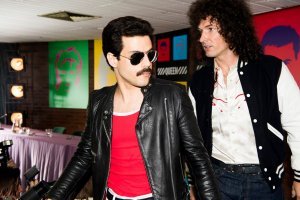 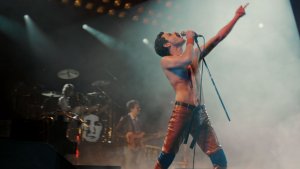 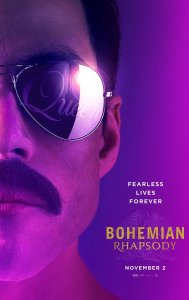