Random News: How did the Three Seashells Come to Be?

Demolition Man was a massive film back in 1993 which starred Sylvester Stallone, Wesley Snipes, Sandra Bullock, Benjamin Bratt and Denis Leary… Everyone I know loves the movie and I’m one of them BUT the biggest question that came out after watching the movie was… “What the hell is the deal with the three seashells?” Well the writer of the film Daniel Waters did a bit of a Reddit Q&A and told us how he came up with it. Take a look below. 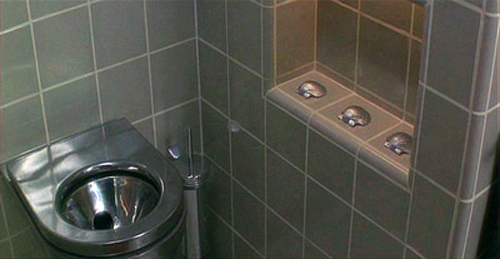 “There’s a scene where Stallone has to use a restroom,” he said. “I’m trying to come up with futuristic things you’d find in there. I was having trouble, so I called my buddy, another screenwriter across town, asked him if he had any ideas. Ironically enough that guy was taking a dump when he answered the phone, looked around his bathroom and said ‘I have a bag of seashells on my toilet as a decoration?’ I said ‘Ok, I’ll make something out of that.” so there you have it… random much?

For those who want to know how the three seashells worked, many theories have come to pass but this one has been the most “proven”.

Demoltion Man made $159million at the Box Office.. so maybe the seashells helped.