One of Australia’s Best Film Festivals REVELATION has just released its program for the upcoming festival in Perth from July 3rd – 13th with an impressive linup of features, documentries and shorts. The event is held at Luna over the 10 days with other events also taking place including discussion and debates.

Some of the highlights of the festival are 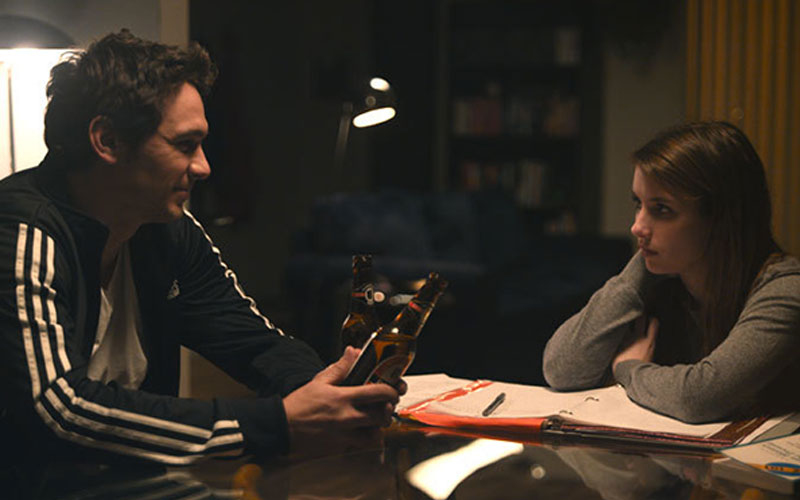 Drawing on a handful of Franco’s short stories focusing on a group of teens living in the small Californian town of Palo Alto, the film is tightly directed by Coppola who draws naturalistic performances from her very able and predominantly youthful cast as the protagonists deal with alienation, frustration and boredom through parties, flirtations and nihilism.

With Coppola adapting Franco’s book, the script remains concise throughout, and there’s a believable quality to the often emotionally lost and aimless youths in the film, which avoids foregrounding any ‘issues’ or offering any ‘moralising’ in favour of a more observational approach.

JOE – In a small southern town, fifteen-year-old Gary is looking for work to support his family. Trying to avoid his violent and abusive alcoholic father, the youth slowly forms a friendship with Joe, the local agricultural employer – an ex-con with a chequered past whose personal demons are continually threatening him. As the hardboiled southern gothic narrative develops and events start to escalate, slowly spiralling out of control, what happens may offer all a chance of redemption or ruin. 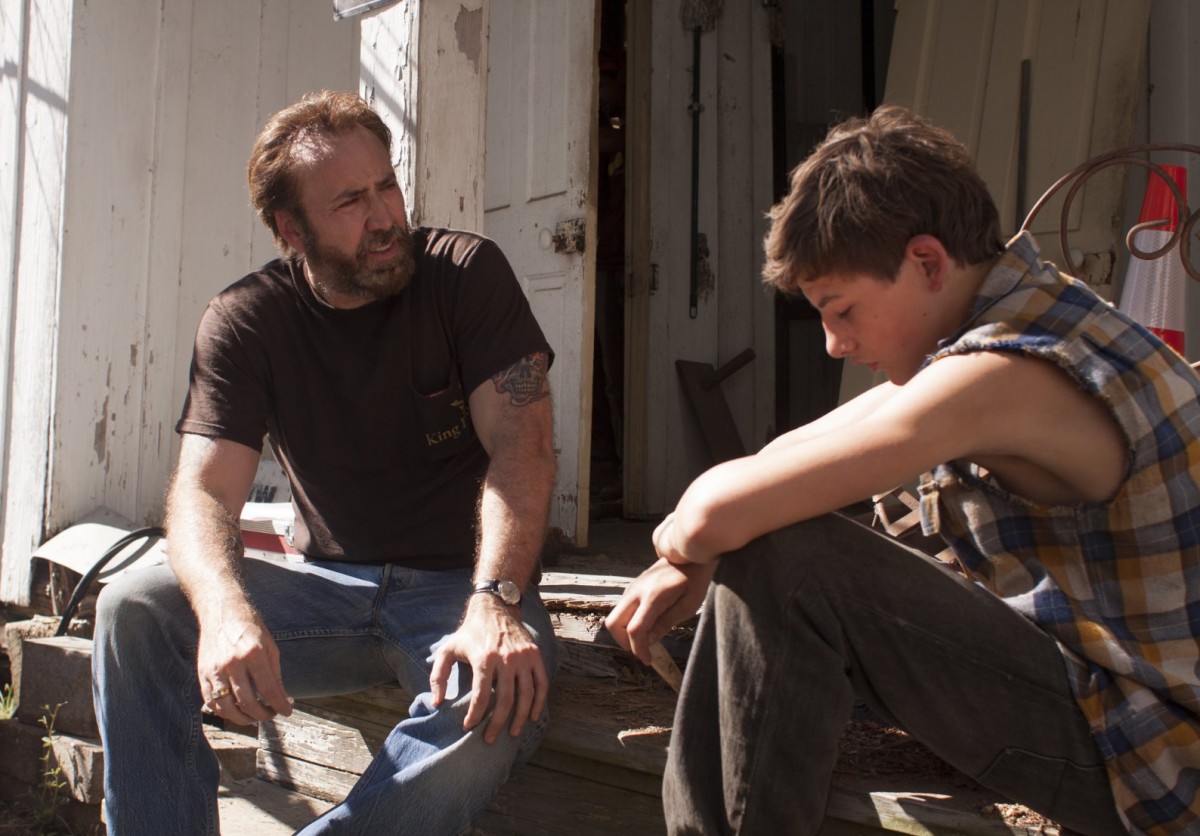 Directed by David Gordon Green (whose credits include direction on the pitch-perfect George Washington and producer credits on Revelation favourite Shotgun Stories) this film is a gritty and dark tale that is driven by both its atmosphere and powerful characters and marks a return to his southern roots for the director. The cast offer standout performances with Tye Sheridan winning an acting award at Venice for his portrayal of the Gary, while Nicolas Cage’s Joe is a brooding, powerful turn that plays to the actor’s undoubted strengths.

Adapted from the classic novel by hardboiled southern author Larry Brown – whose literary style has been compared to the likes of Cormac McCarthy, Harry Crews, William Faulkner and Charles Bukowski – Green is faithful to the strength and vision of Brown’s writing, while simultaneously allowing his own signature strengths to play throughout the movie.

LOCKE – A road movie with a difference, Locke follows the titular protagonist as – in real time – he makes his way through the late night British countryside. Linked to the outside world through his mobile phone, with each call the certainties of his life start to unravel, unwind and collapse.

Writer / director Steven Knight – whose previous writing credits include Eastern Promises and Dirty Pretty Things ¬and who directed Redemption in 2013 – has created a contemporary masterpiece. Brilliantly acted by Tom Hardy (Inception Lawless) Locke is a movie that excels in the raw power of true storytelling.

Beautifully shot by Haris Zambarloukos the visual depth of Locke is exceptional. Most importantly, the entire increasingly tense narrative is utterly believable and all located within the car.

UNDER THE SKIN – In Under The Skin Scarlett Johansson plays Laura – an alien who has taken on the form of a beautiful woman in order to lure men to their deaths with the promise of sex. 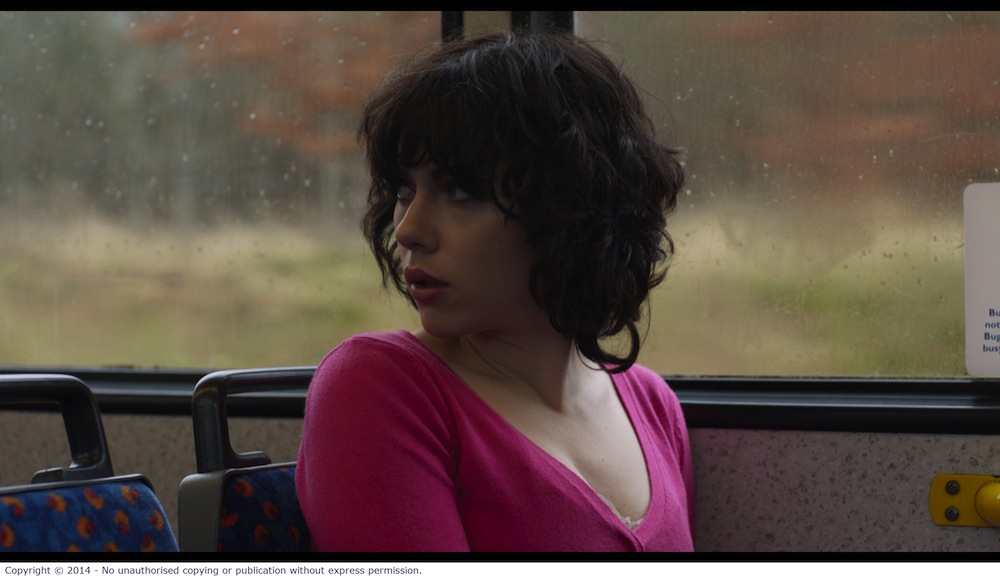 Adapted from the book of the same name by Michael Faber, the film stunned audiences when it screened at Venice Film Festival.

Many of the scenes where Johansson’s character picks up men were unscripted conversations with non-actors, filmed with hidden cameras

Director Jonathan Glazer – whose previous feature credits include the excellent Sexy Beast and Birth – crafts a visually stunning science fiction film that, as the movie progresses, transforms Scotland into an alien world. Complete with a haunting soundtrack by Mica Levi, Under the Skin is a remarkable, bold and sensuous science fiction movie that examines gender, sexuality and what it means to be human.

TO BE TAKEI – George Takei first entered the public imagination playing Sulu in the cult TV series Star Trek, a role reprised in subsequent movies, and which alone would have guaranteed him a significant place in the pop cultural pantheon. But George Takei’s career has extended far beyond the bridge of the legendary star ship Enterprise, taking in numerous popular television shows, films and theatrical productions, as well as regular appearances on Howard Stern’s radio show. He has also garnered millions of online followers thanks to his Facebook posts that move from the wryly humorous to the camp to the political. Perhaps most importantly Takei has become an outspoken activist for same sex marriage and equality. 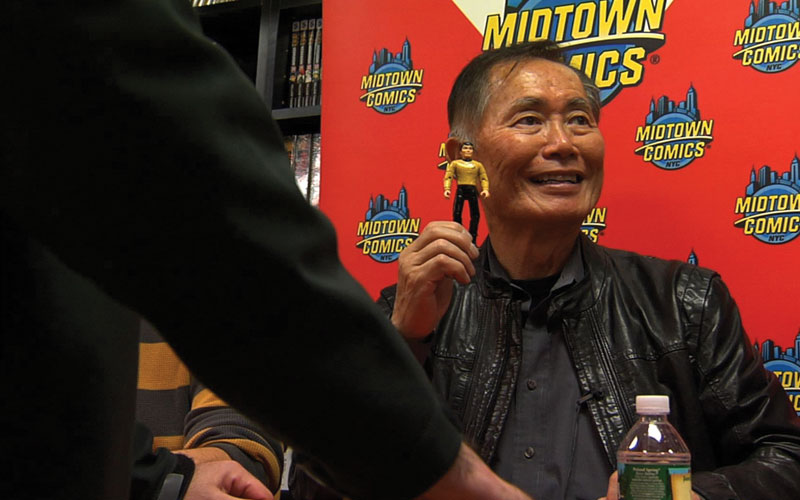 Director Jennifer M. Kroot – whose previous feature, the excellent It Came From Kuchar, documentary screened at Revelation – has gained exceptional access to Takei’s life, and she follows the actor and his spouse through numerous public appearances and speeches as well as their home life. What emerges through these sequences – and interviews with the Takeis as well as Star Trek cast members (including Leonard Nimoy, Nicholle Nichols, Walter Koenig and a very – perhaps unintentionally – funny William Shatner), alongside family members, friends and activists – is a portrait of a man deeply committed to equality and social justice. An actor who rose to the top of his profession despite facing discrimination as a Japanese American and a childhood spent in an internment camp during the Second World War. To Be Takei is a genuinely joyous movie, a celebration of pop culture and the importance of standing-up for your beliefs.

WEB JUNKIE – “It is an abyss that is swallowing my son,” sobs one despairing mother in this absorbing documentary about internet addiction, labelled a clinical disorder by the Chinese government. Web Junkie takes the audience to a rehabilitation centre where teenage internet addicts are treated by a combination of specialists, therapists, psychologists and drill sergeants. As the film progresses, the nature of internet addiction becomes increasingly apparent, with youths, parents and doctors talking about addicts spending day long stretches playing online – one teenager even confessing to 300 hours of almost non-stop play in fifteen days. Internetaddiction, viewed in these terms, is a serious problem in contemporary China, and this rehabilitation centre represents the official response. But, away from the specialists, the youths also tell their own stories. 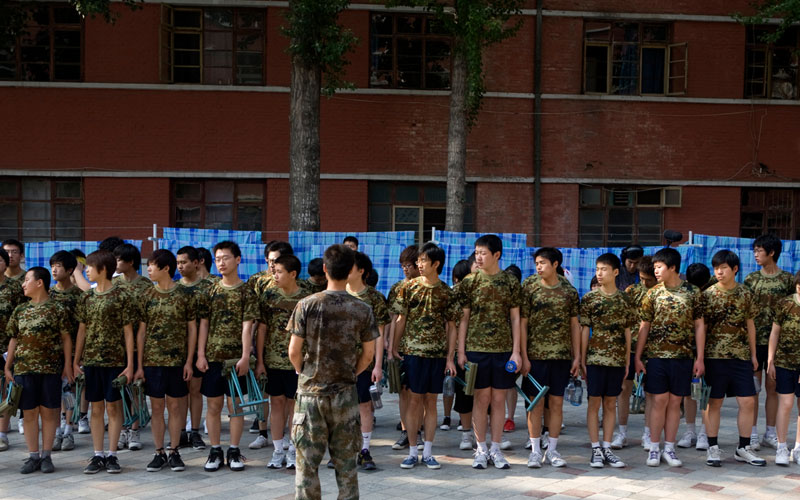 Parts of this absorbing fly-on-the-wall documentary play like a Titticut Follies for the web generation, as the movie documents the various aspects of the treatment; the cameras tracking through corridors, dorms, classrooms and offices, following everyone in the institution as they attempt to cure the youths’ addiction.

THE MAN WHOS MIND EXPLODED – With his shaved head, meticulously waxed moustache, tattoos, piercings and make-up Drako Oho Zarhazar appears as a true transgressive bohemian, while his manner – charming and disarmingly honest – is that of a perfect gentlemen. In his hometown of Brighton, on Britain’s south coast, there were stories about him – he was a dancer, he modeled for Salvador Dali and he appeared in films by Derek Jarman. But following two serious and unrelated accidents Drako was left with a rare form of amnesia that meant recent events – even from the previous day ­­– would be forgotten. 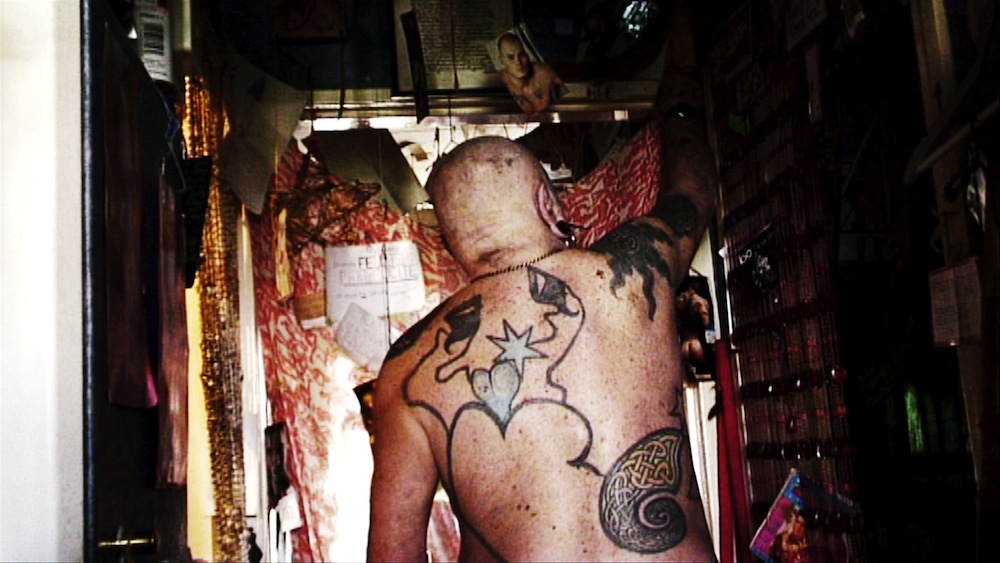 Director Toby Amies spent years getting to know Drako, documenting the aging bohemian in his small council flat. But this apartment is a marvelous treasure chest in which all that matters or mattered to Drako is placed, from personal momentos  and dozens handwritten notes to seemingly endless pictures of nude men. These transform the apartment into something that is both an extension of Drako’s mind and simultaneously an installation work of genuine outsider art.

Amies resists temptation to merely dwell on Drako’s biography or his bohemian lifestyle, although both are present, instead he primarily focuses on the Drako who he knows – a man who doesn’t always remember who the director is, but knows that he is a friend and lives by the maxim: “trust absolute unconditional.” What follows is by turns funny, sad and insightful, telling a deeply poignant story about friendships, aging and memory, and about those magical individuals who exist all around us and whose presence makes the world a colourful and magical place.

Now thats just snapshot of the festival, with at least another 50 plus movies, documentries and shorts for you to check out… for any film lover you must head over to the Revelation Film Festival website to check out the rest plus you can find out ticket details.