The 25th annual Revelation Perth International Film Festival returns to Luna Cinemas Leederville for a 10-day celebration of the best independent global and local cinema from 7 – 17 July. The silver jubilee edition includes 26 feature films, 16 full length documentaries and over 50 short films and short documentaries from 29 countries, a comprehensive offering that is second to none.The full programme is online in all its glory at www.revelationfilmfest.org. “Over its 25 years, Rev has developed into an international screen culture leader,” says Festival Director and founder Richard Sowada. “So few, if any, have the richness of program as Rev from live performance, moving image art, commissioning and producing films, our own streaming service (Revstream.com.au) and the outstanding films themselves. It’s humbling and greatly rewarding to have such a positive impact on the WA screen sector and wider community.” Officially commencing on Thursday 7 July (7pm) with a screening of SISSY; the Aussie slasher flick which wowed audiences at SXSW, Rev’s opening night celebrations at Luna Leederville include an after party with complimentary food and drink.

With a programme featuring films direct from Rotterdam, Berlin, SXSW, Venice and Locarno Film Festivals, presented at the beautiful art deco home of indie cinema, Luna Leederville, it’s difficult to spotlight them all, but we’ve gone and done our best below! 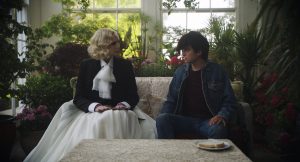 Let’s start with Peter Strickland who serves up a surreal infused tale of sound, music and food with FLUX GOURMET; a deliciously deadpan comedy from the outré cinema master who lists Bruce LaBruce as one of his many influences. LaBruce’s SAINT-NARCISSE is also on offer as part of Rev, the latest film from the Canadian queer-punk pioneer follows a handsome narcissistic young man who discovers the existence of his twin brother. Cinephiles can then feast on FLESH FOR FRANKENSTEIN;legendary filmmaker Paul Morrissey’s masterpiece of midnight/cult cinema.

18 ½ – set in 1974 where a White House transcriber is thrust into the Watergate scandal when she obtains the only copy of the infamous 18 ½ minute gap in Nixon’s tapes; PARIS IS IN HARLEM – a dramatic ensemble piece and jazz musical set in 2017 on the day when New York City’s controversial Cabaret or “No Dancing” law was finally repealed after 91 years of institutional racism that targeted musicians and business owners of colour; THE HUMANS – where Richard Jenkins, Stephen Yuen and Beanie Feldstein star in a psychological drama set during a family’s Thanksgiving catchup based on a Tony-award winning play; and SLAUGHTERHOUSE-FIVE – an adaptation of Kurt Vonnegut’s cult novel which premiered at Cannes where it won the Jury Prize.

SHADOW – the revolutionary Australian feature film made collaboratively by people with disabilities both in-front as well as behind the camera that took home the Audience Award at SXSW 2022; THE LONELY SPIRITS VARIETY HOUR – an existential comedy drama about a verbose intellectual who runs a radio show from his parent’s garage; A DELICATE FIRE – a ground-breaking 60-minute opera film that pays homage to the music of the great Barbara Strozzi and features WA soprano Taryn Fiebig. 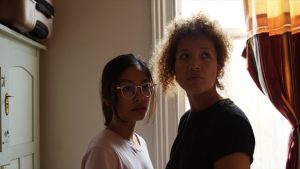 The second film in Matthew Victor Pastor’s trio of pandemic films, A PENCIL TO THE JUGULAR, which follows on from The Neon Across the Ocean which premiered at Rev last year; and LONESOME – a sexually explicit drama in which a scandal drives a young gay man to leave his smalltown home for the big smoke of Sydney. 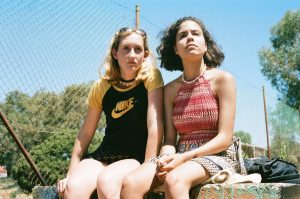 Fantasy, sci-fi and genre enthusiasts will rejoice with French sci-fi film PLANET X; Austrian supernatural horror drama LUZIFER; genre-crossing Iranian sci-fi, art-cinema KILLING THE EUNUCH KHAN; off-kilter, quasi-psychedelic, French sci-fi western-adventure-like-nothing-you’ve-ever-seen AFTER BLUE; and FREAKS OUT which comes from Italy and Belgium and follows a small troupe of circus performers who find themselves embroiled in a singular battle for the future of civilisation in a sprawling screen fantasy.

Charlotte Gainsbourg shines bright in a warm French family drama set in 1980s Paris THE PASSENGERS OF THE NIGHT; and an animated feature that explores Anne Frank’s life, her diary and her legacy WHERE IS ANNE FRANK are two other must-sees.

If dark comedy is more your thing look no further than HEAVENS ABOVE (NEBESA) from Serbian filmmakers told through three stories of one family spanning over three decades, exploring the impact of miracles on modern society; and HOLE IN THE HEAD – a sophisticated and darkly comic exploration of the meeting point of traumatised memory and image technologies from young Irish filmmaker Dean Kavanagh. HOLE IN THE HEAD tells of part-time projectionist and amateur filmmaker John Kline Jr. who is mute and suffers from missing time. He hires local actors to play his parents in a series of recreated home movies in order to investigate their unsolved disappearance 25 years earlier. 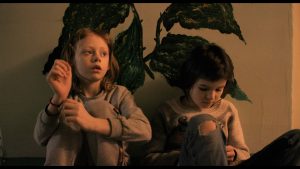 And moving right along to the documentaries on offer as part of Revelation 2022: Winner of Sundance’s World Cinema Documentary Best Director Prize, A HOUSE MADE OF SPLINTERS was filmed in a children’s home in Eastern Ukraine and sits alongside NAVALNY which follows the man who survived an assassination attempt by poisoning with a lethal nerve agent in August 2020. THE ASSASSINATION & MRS PAINE provides a provocative portrait of 83-year-old Ruth Paine and her inescapable connection to the assassination of president JFK. And a documentary about Colin Kaepernick, KAEPERNICK AND AMERICA, quarterback for the San Francisco 49ers who refused to stand during the national anthem, instead choosing to kneel in response to police killings of African Americans, are two other unmissable docos. RAW! UNCUT! VIDEO! chronicles the rise and fall of homegrown gay porn studio Palm Drive, DREAMING WALLS: INSIDE THE CHELSEA HOTEL; takes us inside the legacy of New York’s iconic Chelsea Hotel to meet its last remaining residents; and A LIFE ON THE FARM tells the tale of a filmmaking farmer and the inspiring legacy of his long-lost home movies.

Art and live performance enthusiasts will love MAKE ME FAMOUS – a madcap romp through the 1980s NYC art scene amid the colourful career of painter, Edward Brezinski, hell-bent on making it; MIKE MIGNOLA: DRAWING MONSTERS – a feature length documentary about Mike Mignola and the creation of his Hellboy comic book universe; NAMARALI – a film two decades (and five Olympics) in the making; which takes a deep dive into the story of the supreme creator spirits revered by the Worrorra, Ngarinyin and Wunumbal people of the Kimberly – the spirit figure that rose up into the stadium in the Sydney Olympic Ceremony; and the observational documentary STAGE CHANGERS which was filmed over eight years that follows the brilliant, young WA theatre company The Last Great Hunt and its team of exceptionally creative artists creating their biggest and most daring project to date. 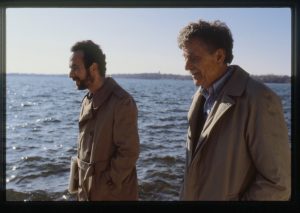 Literary afficionados will enjoy KURT VONNEGUT: UNSTUCK IN TIME recounting the extraordinary life of author Kurt Vonnegut, and the 25-year friendship with the filmmaker who set out to document it.

Film buffs and music fans must see WHEN THE CAMERA STOPPED ROLLING – a moving and complex story eight years in the making – Cinematographer Jane Castle’s poignant documentary about her filmmaker mother is an intimate mother-daughter story; IN THE COURT OF THE CRIMSON KING a dark, comic film about the complicated and fractious history of prog-rock titans King Crimson; and the rousing rock-doc SIRENS about an all-female thrash metal band from Lebanon. A special arm of the programme celebrates DIFFERENT VOICES with three short documentaries; ACTS FOR THE INVISIBLE, THE DREAMLIFE OF GEORGIE STONE and VANITAS – a trio of powerful documentaries telling human stories. Since its inception in 1996 in the basement backroom of the now defunct Greenwich Jazz Club, Revelation has continued to expand and redefine what a film festival can be with each annual offering. This year’s partnerships with some of the State’s preeminent arts and cultural bodies sees the diversification of the annual programme continue to take in moving image exhibitions at PICA – with Shaun Gladwell’s The Cinematic and Kate Neal and Sal Cooper’s While You Sleep; live new music ensemble performances with TURA – via Decibel: 2 Minutes from Home; and a curated programme of films for youngsters at the WA Museum Boola Bardip which includes a screening ofmulti-award winning feature Even Mice Belong in Heaven, an international animation showcase and TERRA FEMME.

Locally created content will be celebrated with the popular WESTRALIA DAY at The Backlot on Saturday 9 July and the Festival’s INDUSTRIAL REVELATIONS programme of panels, discussions and workshops will take place both in-person and online.

Experimental short films, a selection which explores the complexities of the human condition, space, place and nature and includes found footage and technical exploration techniques as well as some of the best gothic and horror short films of the year – all take centre stage in the rich programme of SHORT FILM content on display throughout the Festival.

The Festival closes with a celebration of WA’s talented local emerging filmmakers with GET YOUR SHORTS ON! and CITY OF VINCENT FILMS Sunday 17 July.

Revelation is supported by the Australian and West Australian governments through Screenwest, Lotterywest, Screen Australia and the City of Vincent.