Vin Diesel has been at it again through his social network sites with the release of a new image from the second sequel in the Riddick franchise on his face book page. ‘Dead Man Stalking’ is the sub-title of the next film, which is now currently in post-production with a release planned during 2013.

The film will see both Vin Diesel and Karl Urban returning, as well as Battlestar Galactica veteran Katee Sackhoff as a newcomer to the series. You can check out the image below. 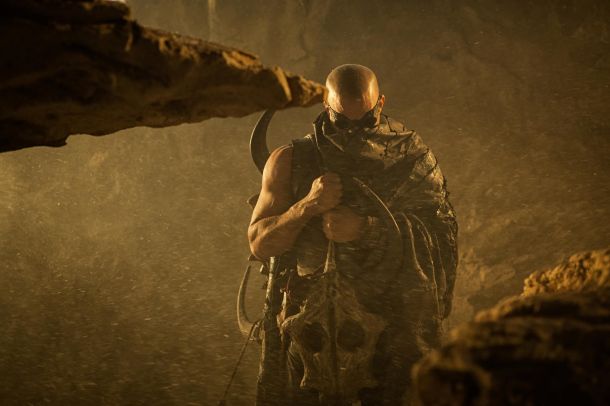