Almost a decade has passed since ‘The Chronicles of Riddick’ was released in cinemas, where Vin Diesel continued in the role of the Furyan named Richard B. Riddick that began with the low budget hit ‘Pitch Black’. We are now just a few months away from seeing the third installment of the franchise (due September) and series star Vin Diesel has been dropping teasers via his twitter account. The latest of which included a new poster for the film, which you can see on the full page. 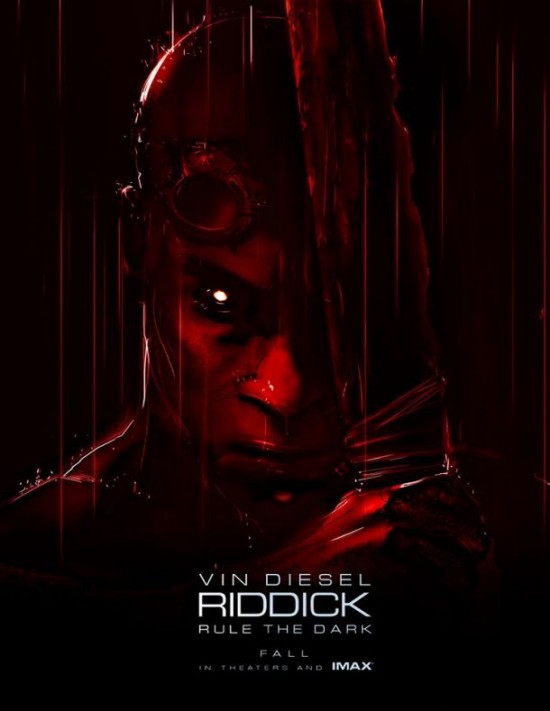 Vin Diesel’s latest tweet on the film also contained a strong suggestion that he’ll be returning to San Diego Comic-con International for the first time in over a decade to promote the new film.