In conjunction with the release of 20th Century Fox’s new animated picture Rio, Telethon are organizing a special 3D movie day!  Commencing on the 3rd of April at all Movie Masters locations, it will be a fun filled family preview exclusive to Movie Masters.

All Tickets to all 3d sessions are only $10 each and you get a special free gift for the kiddies! (Ace cinemas have an additional $1 charge for 3D glasses). Tickets are on sale now from all Ace Cinemas and Grand Cinemas and online from www.moviemasters.com.au So bring the kids and have great fun watching a great film before it even opens at the cinema!

The sessions are 3D and the times are below:

Make sure you head down to your Local Grand or Ace Cinemas on the 3rd of April to support this very worthy cause. Telethon is a massive part of the West Australian community and seeing a family movie like RIO is just one of the best way to support it.

RIO is a 3-D animation feature from the makers of the “Ice Age” films. Set in the magnificent city of Rio de Janeiro and the lush rainforest of Brazil, the comedy-adventure centers on Blu, a rare macaw who thinks he is the last of his kind. When Blu discovers there’s another – and that she’s a she – he leaves the comforts of his cage in small town Minnesota and heads to Rio. But it’s far from love at first sight between the domesticated and flight-challenged Blu and the fiercely independent, high-flying female, Jewel. Unexpectedly thrown together, they embark on an adventure of a lifetime, where they learn about friendship, love, courage, and being open to life’s many wonders. RIO brings together a menagerie of vivid characters, aheart-warming story, colorful backdrops, energizing Latin and contemporary music, and family-friendly song and dance. 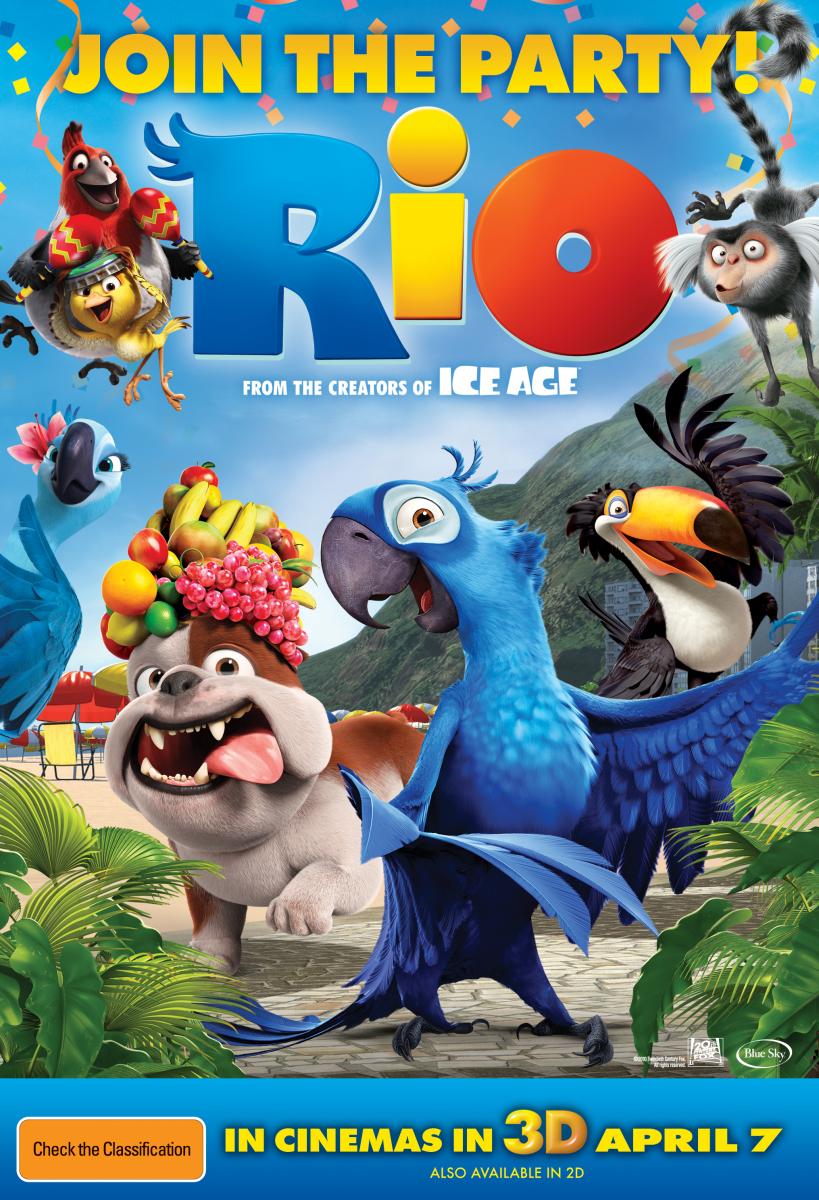