Sidney Prescott (Neve Campbell), now the author of a self-help book, returns home to Woodsboro on the last stop of her book tour. There she reconnects with Sheriff Dewey (David Arquette) and Gale (Courteney Cox), who are now married, as well as her cousin Jill (Emma Roberts) and her Aunt Kate (Mary McDonnell). Unfortunately Sidney’s appearance also brings about the return of Ghostface, putting Sidney, Gale, and Dewey, along with Jill, her friends, and the whole town of Woodsboro in danger.

With a little over a month to go before we see Ghostface slashing his way across the silver screen again, Dimension Films’ have released the new poster for the upcoming horror opus – SCRE4M.

To say fans are pumped would be an understatement. With the original trilogy earning just over $500 million at the box office, expectations are high on this return to hallowed ground. 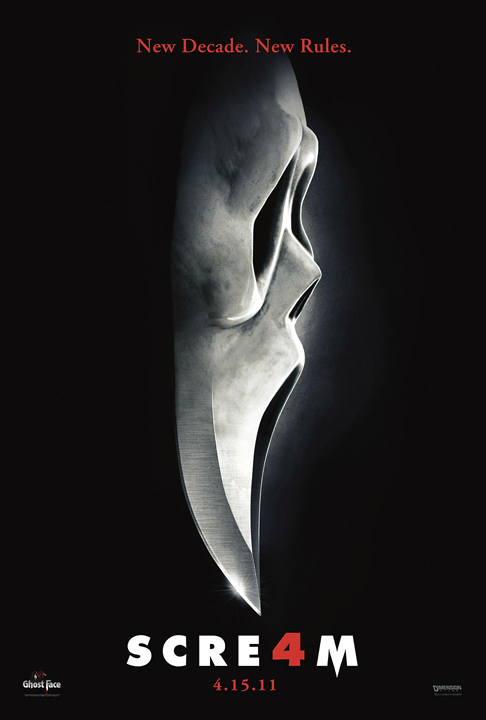 SCRE4M opens in cinemas on April 14th in Australia