Paramount Pictures has provided us with a nice little featurette that features Simon Pegg for the upcoming fourth film in the franchise Mission Impossible Ghost Protocol.

I’ve always been a massive fan of Simon Pegg’s work including Shaun of the Dead and Paul, its great to see he is returning for the fourth film as the loveable IT nerd Benji.

Blamed for the terrorist bombing of the Kremlin, IMF operative Ethan Hunt is disavowed along with the rest of the agency when the President initiates “Ghost Protocol”.  Left without any resources or backup, Ethan must find a way to clear his agency’s name and prevent another attack. To complicate matters further, Ethan is forced to embark on this mission with a team of fellow IMF fugitives whose personal motives he does not fully know.

Simon even gets his own Character Banner for this instalment! 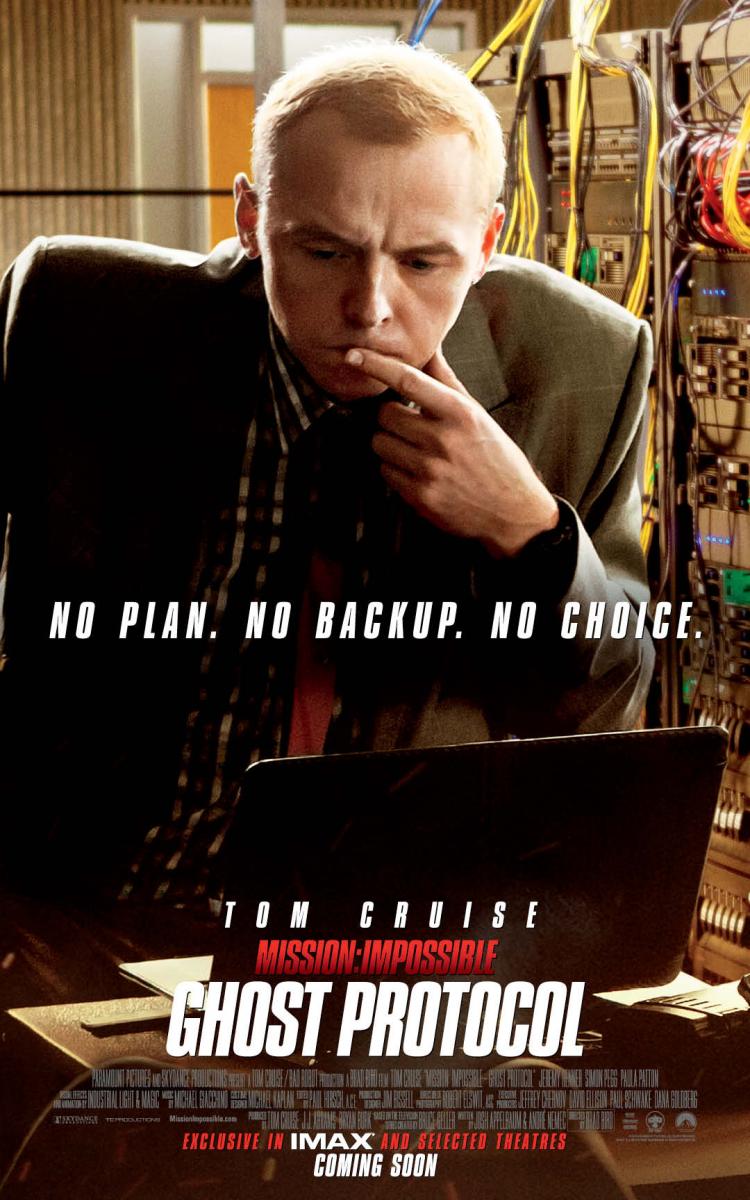