THE CUP is due to open in Australian Cinemas on the 13th of October and thanks to Roadshow Films, I got to have a few minutes chatting with the Director of the film Simon Wincer and the star Stephen Curry. For me meeting Simon Wincer was a pretty big deal, as I say in the interview the film Phar Lap was really one of my first introduction’s to the world of horse racing and the book is also one of those I have read many times, so the nervs were in full tilt as I met him, but I found him to be really down to earth and loved talking about his films. Stephen Curry was another one, throughout the interview I really wanted to say ‘they’re dreamin’ but I restrained myself! Curry is an extremely funny guy and there’s quite a few moments in the interview that show Curry in full form.

Was a really fun interview to do and thanks to Roadshow Films for organising it.

THE CUP opens on the 13th of October – our review is coming very soon. 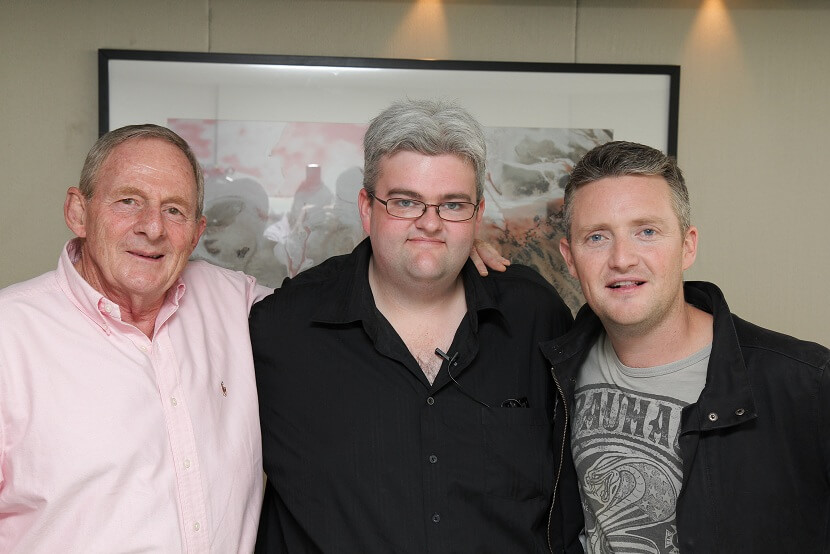 At the heart of this true story is Damien Oliver, a young jockey who loses his only brother in a tragic racing accident, hauntingly reflecting of the way their father died 27 years earlier. After suffering through a series of discouraging defeats, Damien teams with Irish trainer Dermot Weld, and triumphs at the 2002 Melbourne Cup in one of the most thrilling finales in sporting history.

Opens in Australian Cinemas on the 13th October 2011