The cast of Skyfall are heading to the Australian Premiere on the 16th of November at the State Theatre in Sydney. Daniel Craig will be joined by co-stars Naomie Harris, Bėrėnice Marlohe and Producer Barbara Broccolli.Skyfall is due for Australian Release on the 22nd of November you can check out the trailer here. We also have featurettes on the two new Bond Girls Naomie Harris and Bėrėnice Marlohe. Check out the press release below.

Sony Pictures Releasing is delighted to announce Daniel Craig, along with co-stars Naomie Harris (Eve) , Bėrėnice Marlohe (Severine) and Producer Barbara Broccoli, will be in Sydney on the evening of Friday November 16 to attend the Australian Premiere of the highly anticipated 23rd James Bond action adventure SKYFALL.

This will be the third visit by the 007 star Daniel Craig who attended Australian Premieres for ‘Casino Royale’ in 2006 and ‘Quantum of Solace’ in 2008. The Australian Premiere will be held at the prestigious State Theatre in Sydney.

Daniel Craig is back as Ian Fleming’s James Bond 007 in SKYFALL™, the 23rd adventure in the longest-running film franchise of all time.  In SKYFALL, Bond’s loyalty to M is tested as her past comes back to haunt her.  As MI6 comes under attack, 007 must track down and destroy the threat, no matter how personal the cost.  The film is from Albert R. Broccoli’s EON Productions, Metro-Goldwyn-Mayer Studios, and Sony Pictures Entertainment.  Directed by Academy Award® winner Sam Mendes.  Produced by Michael G. Wilson and Barbara Broccoli.

The Royal World Premiere of SKYFALL will take place in London on 23rd October attended by His Royal Highness Prince Charles and The Duchess of Cornwall. At the request of His Royal Highness The Prince of Wales the premiere will benefit the charities that support former and serving members of the three intelligence agencies (the Secret Intelligence Service, the Security Service and GCHQ). The Premiere at Royal Albert Hall in London will be attended by the film’s leading actors Daniel Craig, Judi Dench, Javier Bardem, Ralph Fiennes, Naomie Harris, Bėrėnice Marlohe, Albert Finney and Ben Whishaw, and the director Sam Mendes. 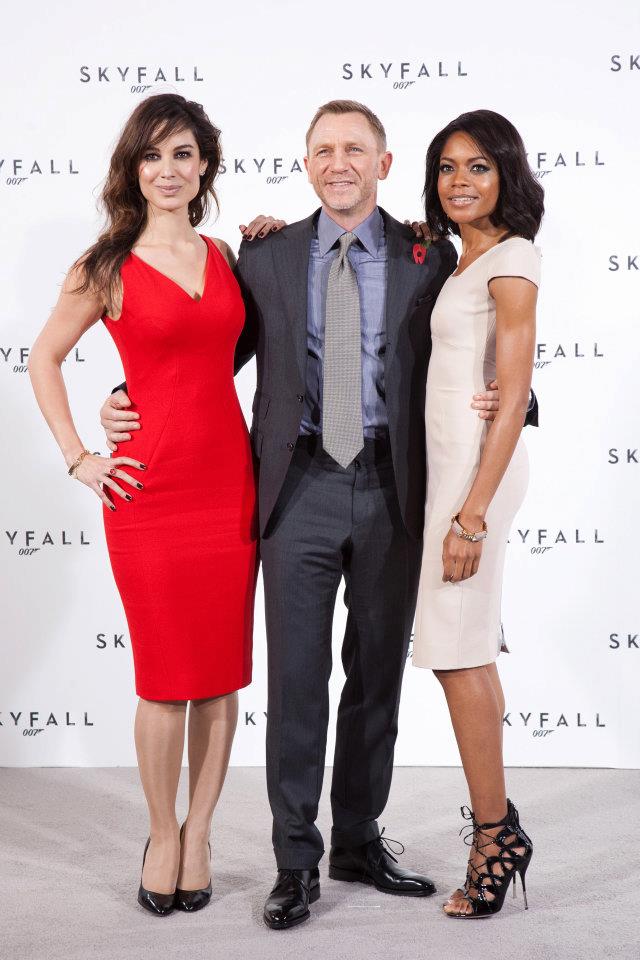