The London Premiere of Snow White and The Huntsman just happend with all the cast in attendance including Kristen Stewart, Chris Hemsworth and Charlize Theron. Only a month to go until the Australian Release of the film which puts a nice twist on the Snow White story we all know.

In the epic action-adventure Snow White and the Huntsman, Kristen Stewart (Twilight) plays the only person in the land fairer than the evil queen (Oscar® winner Charlize Theron) who is out to destroy her.  But what the wicked ruler never imagined is that the young woman threatening her reign has been training in the art of war with a huntsman (Chris Hemsworth, Thor) who was dispatched to kill her.  Sam Claflin (Pirates of the Caribbean: On Stranger Tides) joins the cast as the prince long enchanted by Snow White’s beauty and power. The breathtaking new vision of the legendary tale is from Joe Roth, the producer of Alice in Wonderland, producer Sam Mercer (The Sixth Sense) and acclaimed commercial director and state-of-the-art visualist Rupert Sanders. 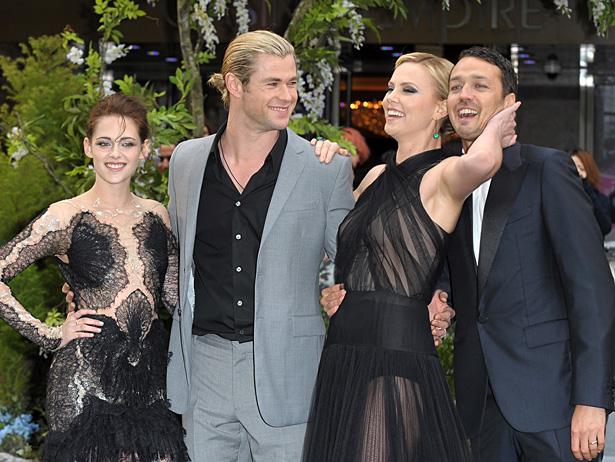 The MPAA rated the film in the US PG-13 for “intense sequences of violence and action, and some sensuality.” so obviously its going to be a bit darker then the normal story! Which is great as its sort of a Brothers Grimm take… I’m a pretty big fan of everything I have seen so far so as long as momentum continues this movie is going to be fantastic! 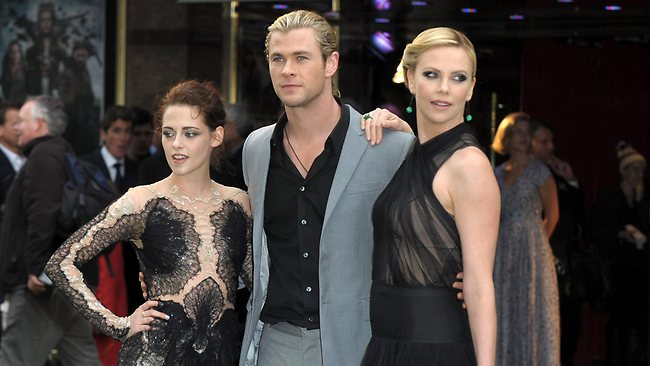 Snow White and The Huntsman hits Australian screens on the 21st of June.