Star Trek Into Darkness is drawing near….

It seems like a long time since JJ Abrams brought Star Trek back to the big screen with an entirely new cast and new timeline for the series to follow. In 2009 Chris Pine, Zachary Quinto, Simon Pegg, Karl Urban, Zoe Saldana, John Cho, and Anton Yelchin made what was old, new again with these classic characters reinvented in modern cinema. The sequel is drawing closer with a scheduled release of mid-2013 announced and now the marketing side of things is starting to gather momentum. A new teaser poster and the official synopsis for the film have been released, and you can check them both out below.

In Summer 2013, pioneering director J.J. Abrams will deliver an explosive action thriller that takes Star Trek Into Darkness. When the crew of the Enterprise is called back home, they find an unstoppable force of terror from within their own organization has detonated the fleet and everything it stands for, leaving our world in a state of crisis. With a personal score to settle, Captain Kirk leads a manhunt to a war-zone world to capture a one man weapon of mass destruction. As our heroes are propelled into an epic chess game of life and death, love will be challenged, friendships will be torn apart, and sacrifices must be made for the only family Kirk has left: his crew.

Check out the poster below and the brand new trailer 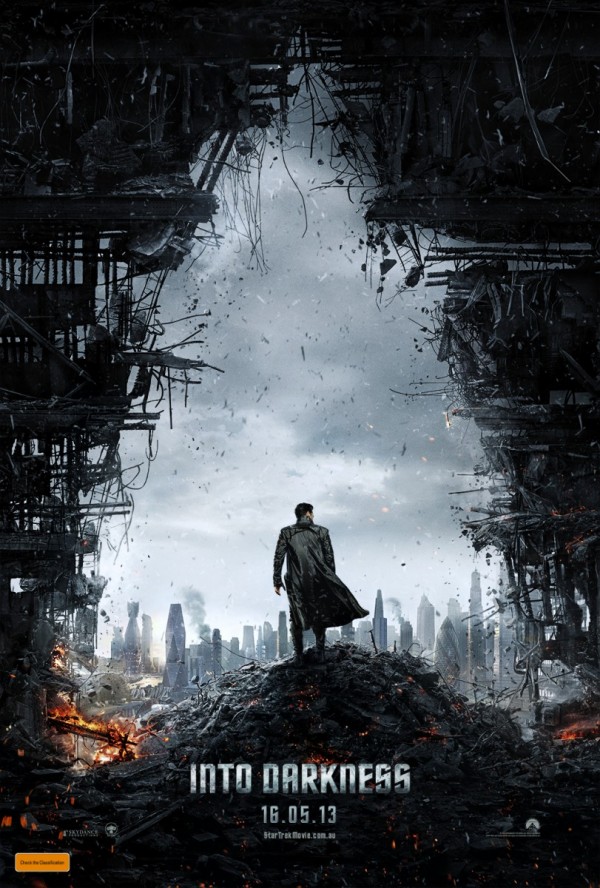