Star Wars Episode I: The Phantom Menace 3D gets a Trailer

Star Wars lovers its time to pull those lightsabers out of the cupboards Lucasfilm and FOX has released the the trailer to the upcoming release of STAR WARS EPISODE 1: THE PHANTOM MENACE 3D which is due to hit Australian Cinemas on the 9th of February.

Two Jedi knights uncover a wider conflict when they are sent as emissaries to the blockaded planet naboo.

Every February from next year we will see the release of a Star Wars film finishing up in 2017 with Return of the Jedi. I wonder how much cash Lucas will make from this re-release? He must be like Scrooge McDuck by now with his money pit that he swims in and isn’t it funny that there is very little Jar Jar Binks on the Poster and Trailer? hrmm 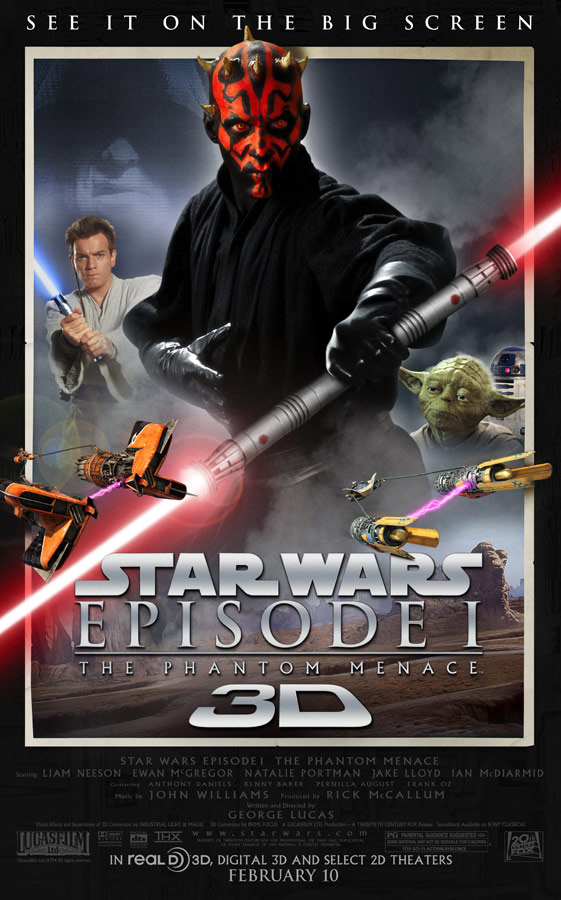