The Hall H Star Wars: The Force Awakens Panel at Comic Con 2015 has just wrapped up and we thought we would share a few little tidbits from the event. 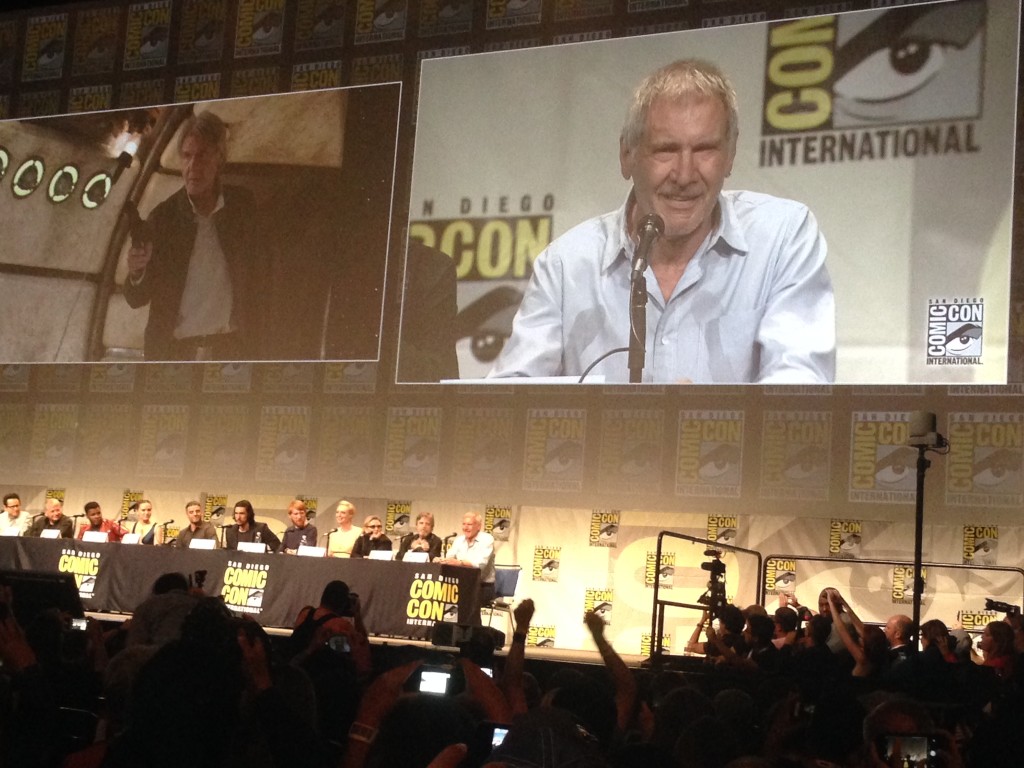 Abrams said they’re currently editing and cutting the movie, he went on to talk about the practical effects in the film specifically the character from the first Omaze video his name is Bobbajo and they bring him out on stage. (sadly no images yet)

We find out that Domhall Gleeson’s character is called “General Hux” who is in charge of the First Order Base and its called Starkiller.

Nothing massive was really announced at the panel but they did show a very nice behind the scenes video which does feature pretty much all the characters except for Hamil… evenstill its a great watch, check it out below.