The WA film industry is gearing up for the Local Premiere of BLAME filmed here in Perth Australia back in 2010, after a great response from numerous film festivals world wide BLAME is finally coming home and two of the stars of the film are here to Celebrate! Accessreel.com will also be interviewing the guys prior to the Premiere to get the low down of everything BLAME and how hard it was to film a movie in the Perth Hills in the Hottest Summer on record! Check the premiere information out after the jump.

WA-made feature film BLAME will premiere in its hometown next Wednesday 8 June at Ace Subiaco Cinemas.  Local cast and crew will be attending along with two of the film’s stars Damian de Montemas and Ashley Zukerman.  Director Michael Henry will be present, along with the films producers Michael Robinson and Perth based Melissa Kelly and Ryan Hodgson. 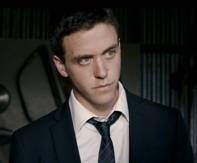 Seeking retribution for a past crime, a group of young friends invade a man’s home and set out to fake his suicide. When their plan is bungled secrets and lies are exposed that force the group to question each other’s motives.

The BLAME premiere hits Perth hot on the heels of a successful screening in Cannes at the 2011 Festival where it was picked up by many international buyers and festivals.  The film has screened around the world in the festival circuit  – Toronto in 2010, Melbourne International Film Festival in 2010 and others.

The season of BLAME will run from 16 June at Luna Leederville and Ace Cinemas Midland Gate.

Check out the Trailer for BLAME here.