Supanova Melbourne took place at the Melbourne Showgrounds and wrapped up on last Sunday evening, the next show is taking place on the Gold Coast this weekend. Supanova brought an epic group of guests for this tour resulting in one of the best Supanova weekends to date.

Starting on the Friday evening attendees were given the opportunity to purchase autograph/photo tokens to utilise throughout the weekend, the initial crowd number appeared relatively modest however as the opening time approached the numbers began to swell. Everything was run relatively smoothly though unfortunately the token queues were experiencing lengthy delays and it was taking most of the evening to progress through the queue. Those wishing to purchase tokens were most likely unable to also attend the opening ceremony, but this is the nature of a convention.

Busily in the background on Friday evening and early Saturday morning exhibitors were getting ready for the weekend, and the show floor was abuzz with excitement. Amongst the exhibitors were time zone, popculthca, allstar comics, and find your collectables not to mention countless others. 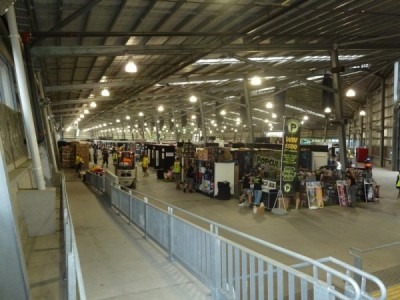 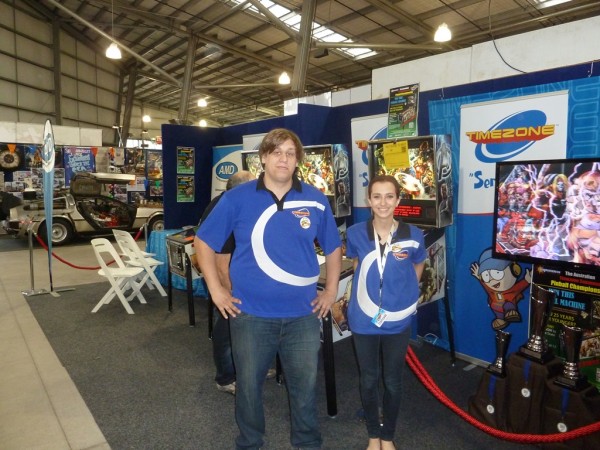 Timezone out in force! 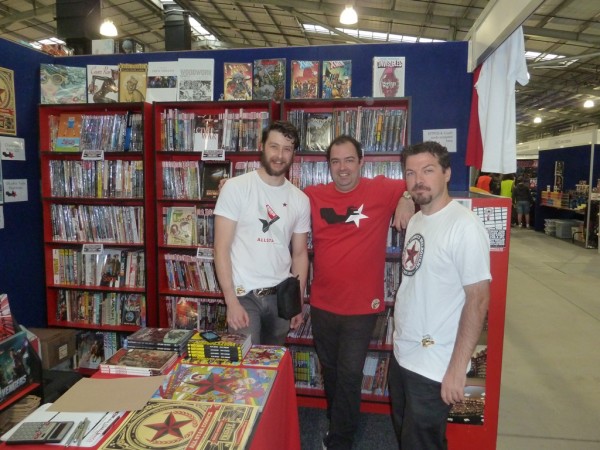 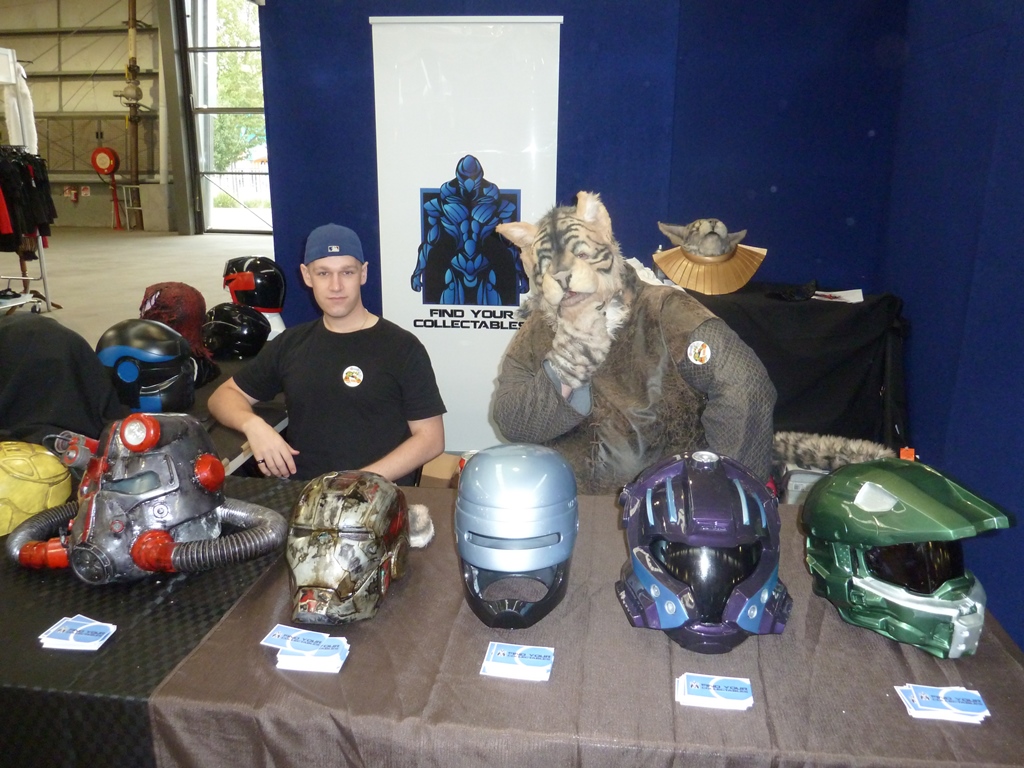 These guys make these helmets to order, you can check out their stuff at Find Your Collectables.

Saturday morning I busied myself by pursuing sketches from comic talents such as Nicola Scott, Colin Wilson and Joe Jusko. Fan favourite Dave Gibbons also appeared and was in demand with long lines at his desk all weekend. It was great to see Dave take the time with each fan to engage and chat about various topics while signing endless Watchmen graphic novels amongst other popular requests.

After that it was straight to the panel with Ray Park, obviously known for his work on Star Wars, X-Men, Sleepy Hollow, Mortal Kombat and both instalments in the current G.I Joe film franchise as Snake Eyes. Ray received questions about his experiences working with Liam Neeson and Ewan McGregor on The Phantom Menace, as well as Mortal Kombat and was queried about why he pursued acting in action roles over stunt double work on action films. Ray wrapped up his panel by choreographing a brief fight scene with one lucky fan, and a quick demonstration of his double bladed lightsabre skills! 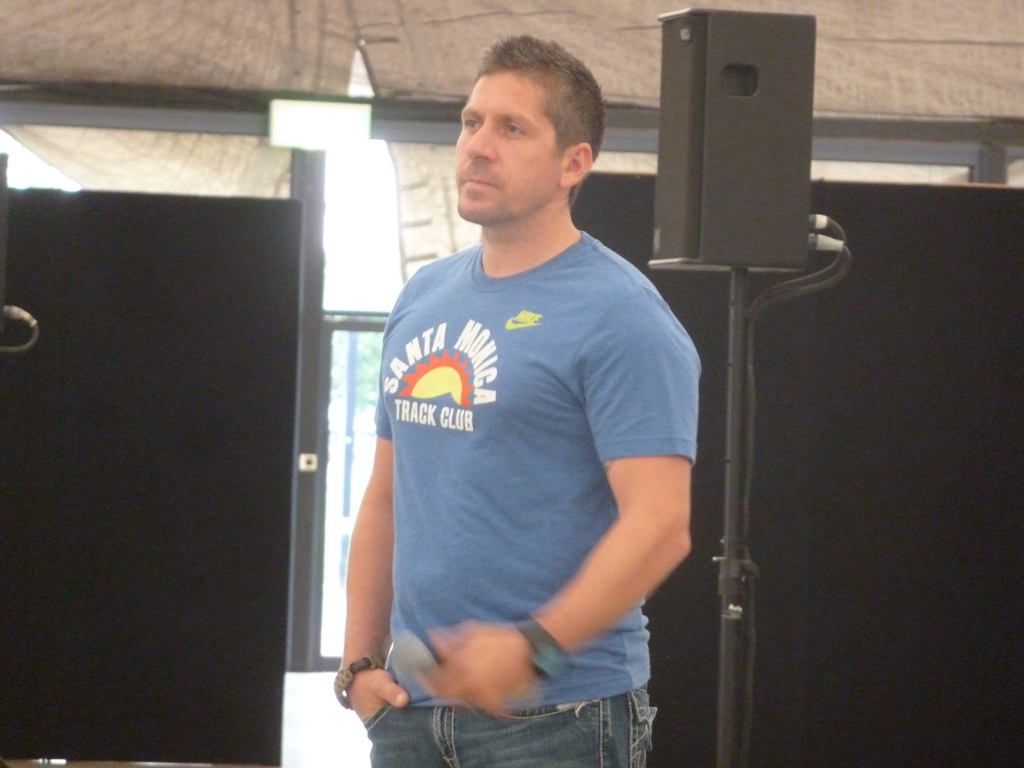 Moving away from the film/TV panels it was great to see Tom Taylor and Colin Wilson on a panel discussion their collaboration on the Star Wars: Invasion comic series. The series began in 2009 running until late 2011 and was set several decades following the original Star Wars trilogy. Tom and Colin discussed their techniques for artist/writer collaboration, as well as who would win in a fight between Superman and the Hulk (Tom’s argument for Superman was convincing!).

On Saturday afternoon Rose McGowan arrived at the FilmInk theatre which was at capacity for her session. She took various questions about her work on the Charmed TV series, but also the audience displayed much interest in Death Proof/Planet Terror, not to mention her singing endeavours. Rose proved to be a crowd pleaser happy to discuss any of the topics raised by fans with some brave and honest responses coming forth. 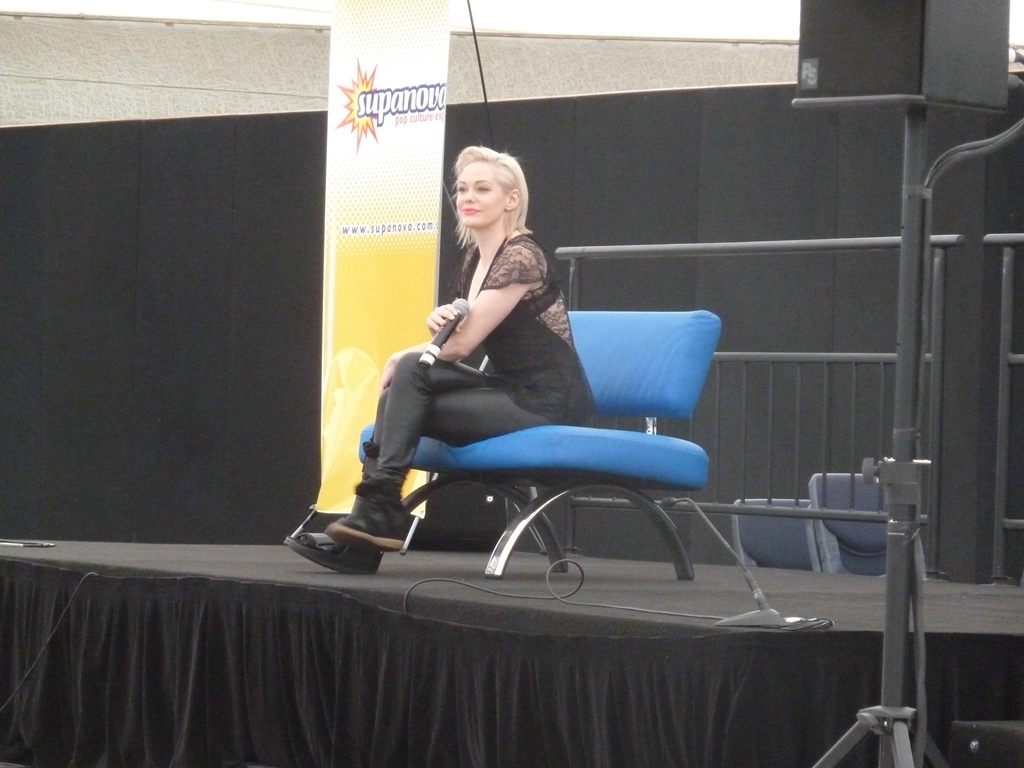 Wrapping up Saturday afternoon was Adam Baldwin who fronted for a long list of questions from fans about both Firefly and Chuck. Interestingly Adam stated that since the success of the Veronica Mars movie kickstarter project, Zachary Levi has been exploring the potential of a crowd funded Chuck film (currently referred to by fans as Chuck vs. The Movie), though everyone will just have to wait and see if it progresses further. 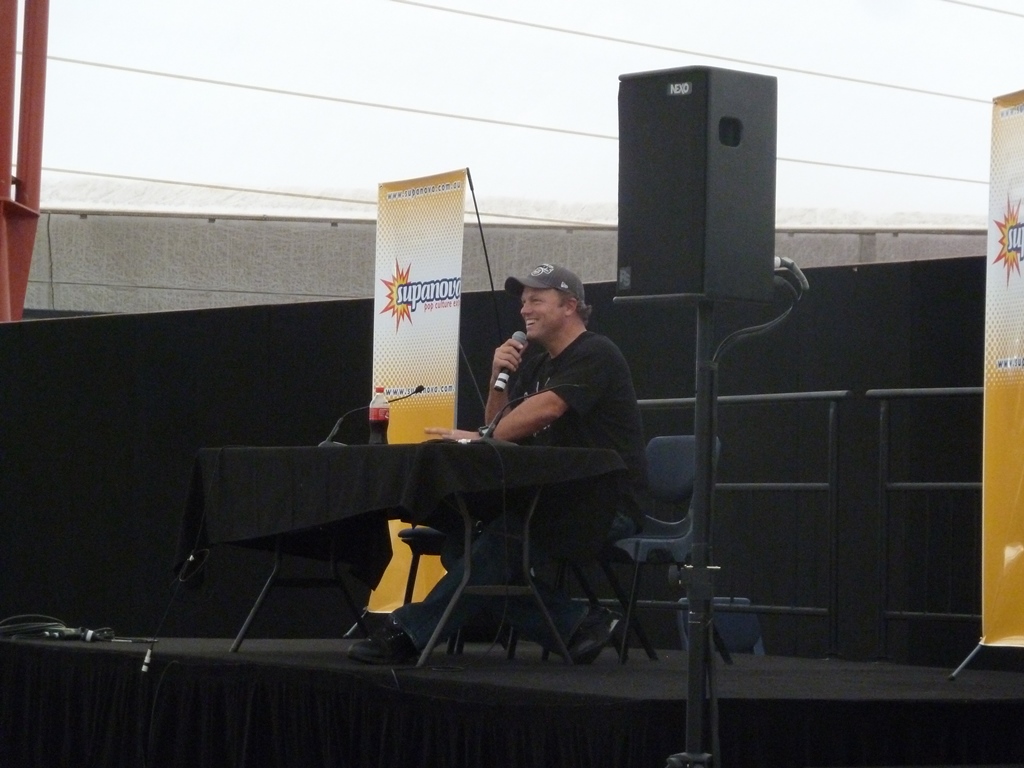 Overall the exhibition floor was crowded all day Saturday, with long queues into the main floor as well as to purchase entry tickets. Lines were moving along slowly but consistently in the autograph booths but it highlighted the value in attending the Friday night to pre-purchase tokens and being organised in planning your day. Being aware of what autographs you’d like as well as what panels you want to attend beforehand can be the difference between missing out or not.

Sunday was somewhat less chaotic than Saturday however attendee numbers still appeared to remain strong throughout the day. Entry was much quicker in the morning and the day kicked off with a discussion between Terry and Rachel Dodson on their work in the comic industry. Topics covered included working in the American and European comic industry, new projects coming up for both Terry and Rachel as well as a discussion on the comic industry from a female perspective such as breaking into the industry and female fans.

The afternoon was once again a full house in the FilmInk theatre, starting with Natalia Tena who answered a series of somewhat random questions on both Harry Potter and Game of Thrones. Natalia delightfully (to use her words) delivered the audience her brand of crap in an entertaining manner. 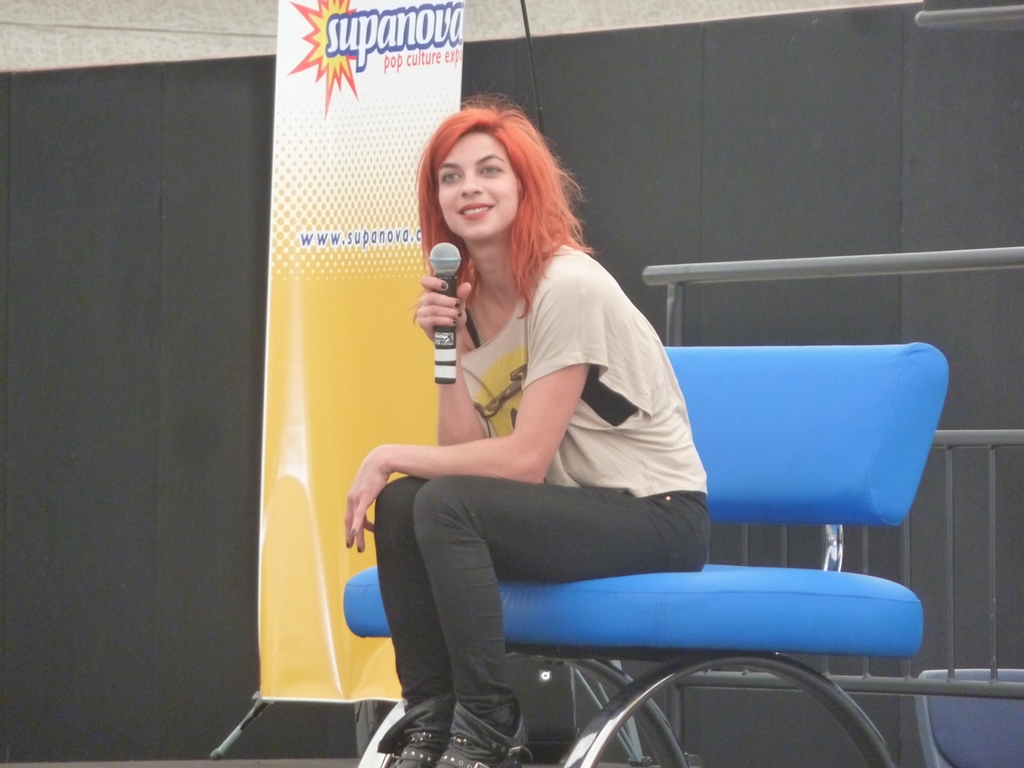 Natalia was followed by Eliza Dusku who happily took all manner of questions on her experiences working on both Buffy the Vampire Slayer and Angel. As a change of pace throughout the discussion conversation turned to her work with Kevin Smith for Jay and Silent Bob Strike Back, as well as appearing on his extensive series of podcasts. 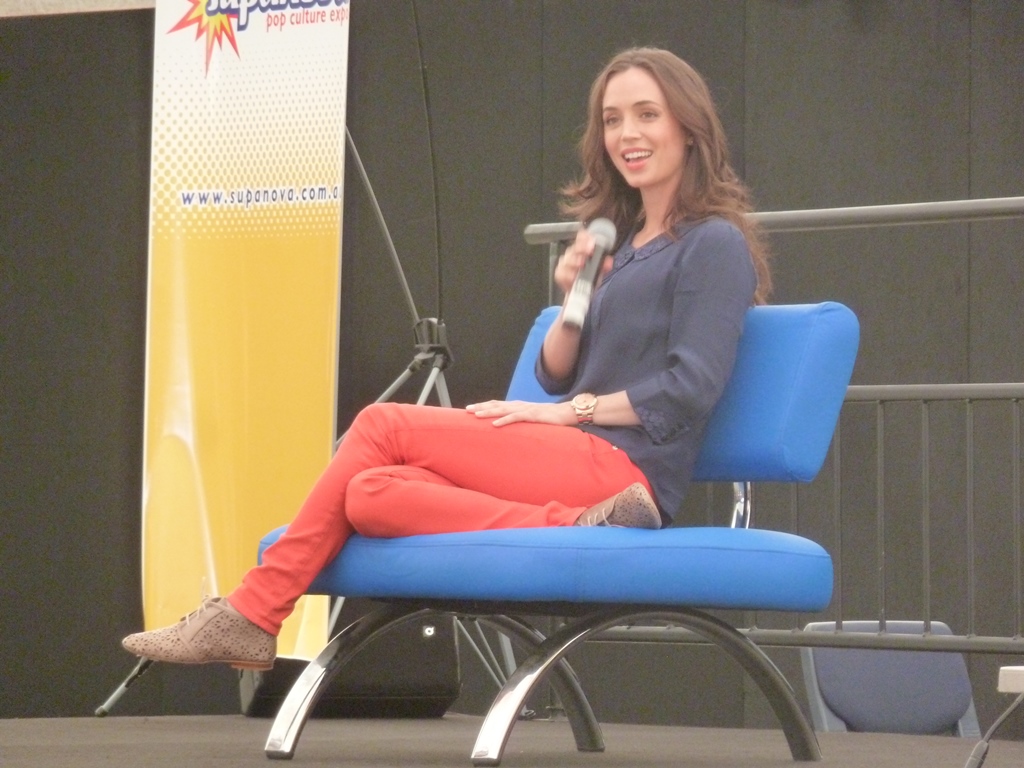 Meanwhile running alongside the Film/TV guests, the Supanova Seminars room was focusing on the comic side of things with a panel featuring Nicola Scott/Tom Taylor/ and Gail Simone, followed by Colin Wilson/Dave Gibbons/ and Joe Jusko.  Not equalling audience numbers in the FilmInk theatre the discussion were just as interesting and entertaining as panel members received questions on their styles of writing/art work, how things are going with the reboot of the DC Universe and how technology is impacting the work of artists in the industry today.

Lastly, late on Sunday afternoon as things began to quiet down, with the exhibition floor becoming more spacious, the last guest of the FilmInk theatre roared onto stage, none other than the Hoff himself, David Hasslehoff. Opening with some inspiration words the Hoff discussed his career, personal challenges, and his love of passionate people. This then led to a Q&A session where he was quizzed on Knight Rider, Baywatch, Erika Eleniak and finally he shed some light on how Baywatch Nights went off the rails early into production.

With the departure of the Hoff from stage, Supanova – Melbourne 2013 wound down with doors closing an hour later as the crowds slowly departed and exhibitors began the process of packing up the show floor.

Attendees on the Gold coast this weekend have a huge show to look forward to, with Sydney and Perth both lined up for late June. Some of the Sydney/Perth guests announced so far include Margot Kidder, Alan Tudyk, George Perez and Raymond E. Feist, keep an eye on www.accessreel.com and www.supanova.com.au for further announcements on those shows.

To wrap up you can feast your eyes on some more pics of the Melbourne show below. 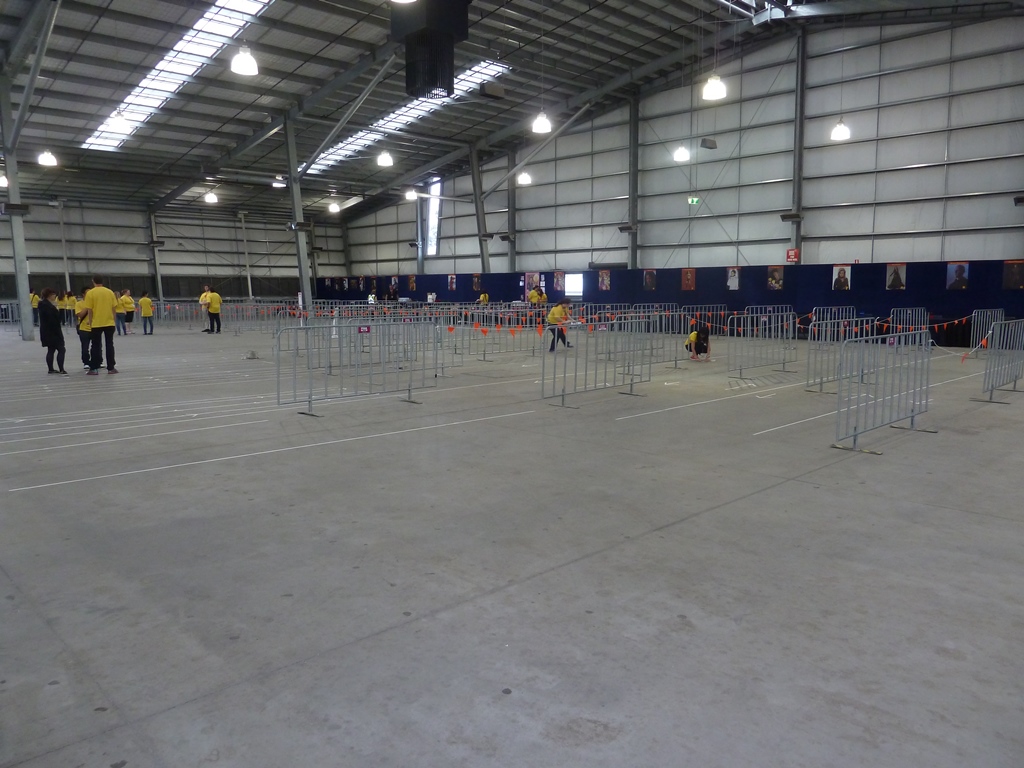 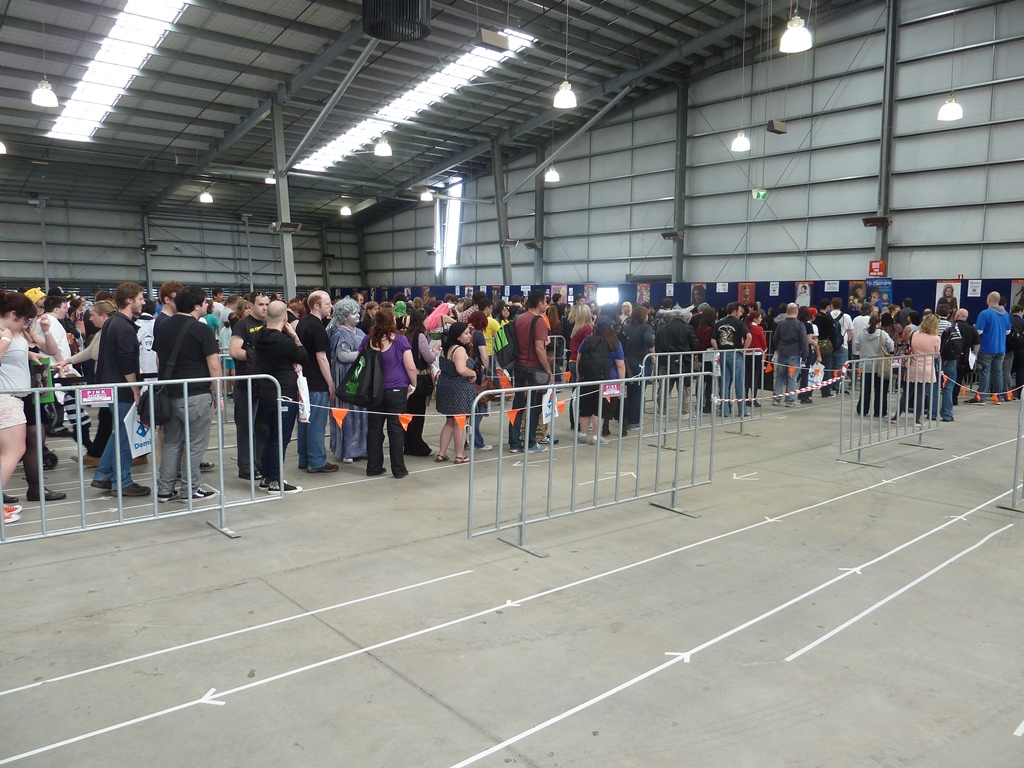 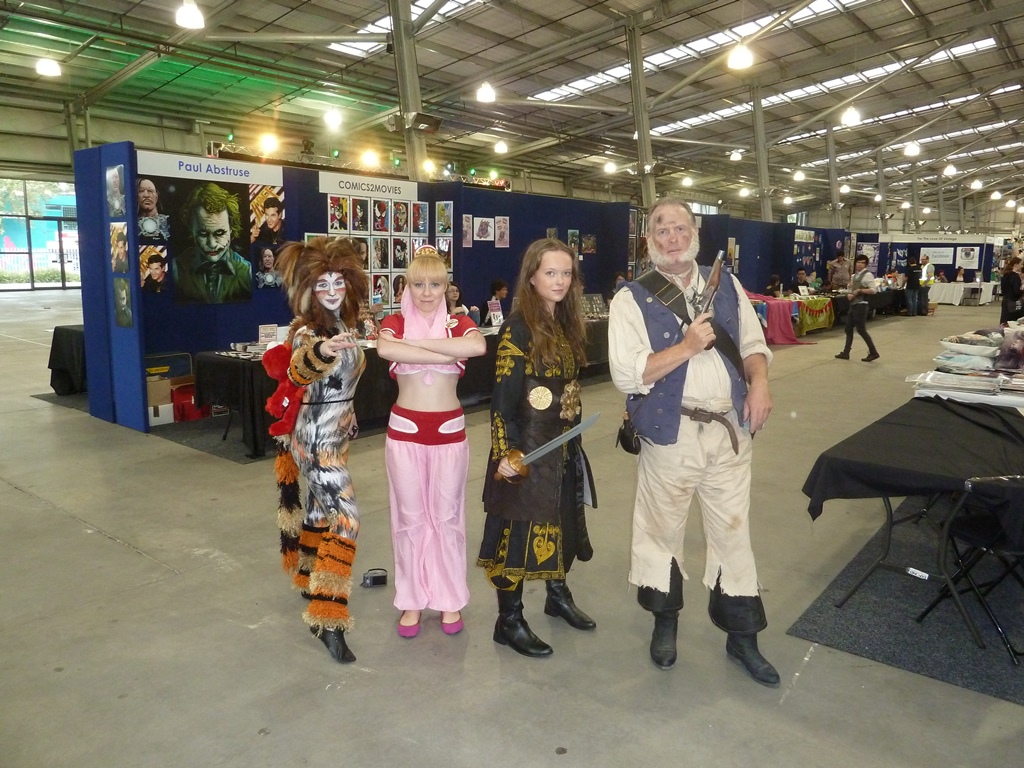 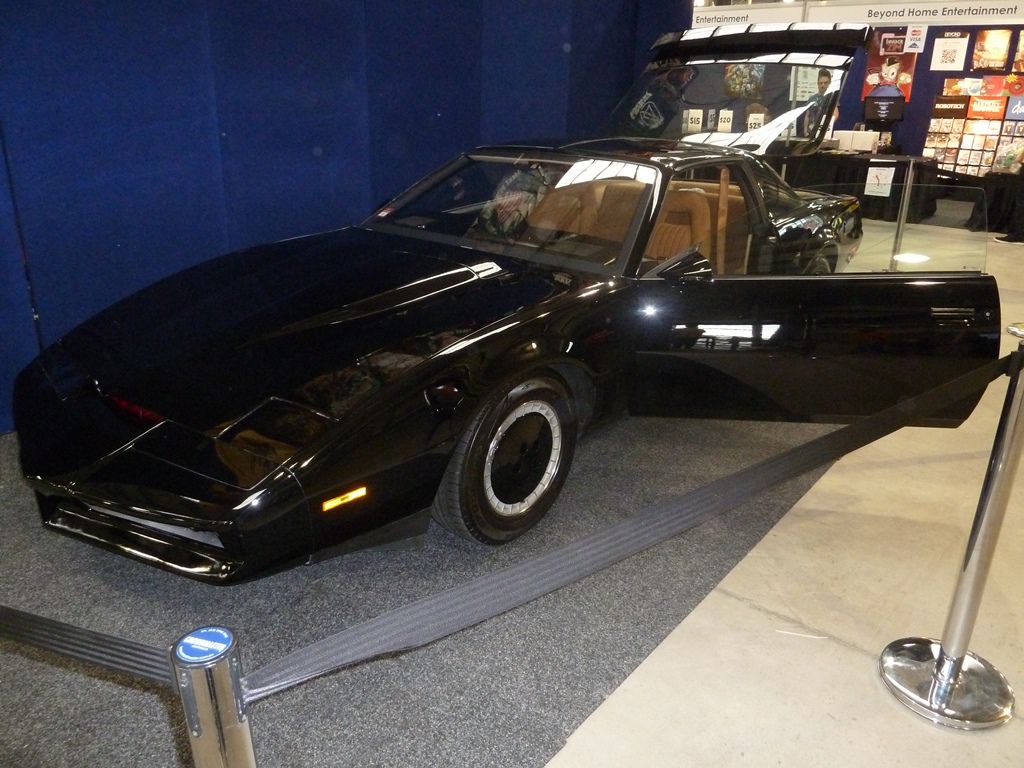