Melbourne Supanova has wrapped up for the year, taking place at the Showgrounds the event received a massive turnout with strong crowds all weekend, particularly on the Saturday. This year’s Melbourne event included stars such as Ron Glass, Lucy Lawless, and James Calis, alongside comic book stars Michael Golden and Jim Cheung!

The Friday night preview event launched with the usual opening ceremony as well as a Michael Golden master class discussing various aspect of writing including structure, style, and commercial opportunities vs. independent original ideas. Michael also spoke of changes in technology including the impact this has had on writers and artists, particularly referencing the opportunities presented by the internet for creators to self-publish their works and promote their talents. Having worked as an artist, writer and editor, Michael offered a wealth of information for aspiring creators to draw upon.

Also appearing on preview night was Lucy Lawless, the panel hall was filled with Xena and Battlestar Galactica fans that were entertained by Lucy’s energetic presence on stage. Unfortunately Lucy wasn’t available on Sunday however by appearing in panels on Friday night and Saturday, and spending every spare moment on the convention room floor, Lucy still left the show with a lasting impression! 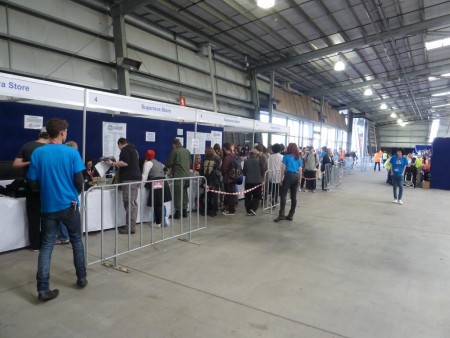 Attendees getting in early for their tokens.

Saturday was clearly the more popular day of the convention, with fans filling up the exhibition hall, panel rooms and outside areas all day long. 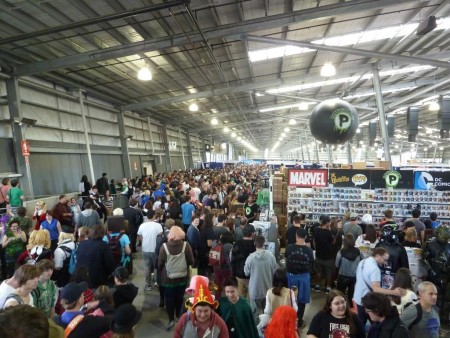 Saturday featured Tom Lenk’s panel where he mostly chatted about his time on Buffy, audience questions led him to reveal that he’s working on a project that involves fan favourite Felicia Day, as well as a personal love of Star Wars so great that it led him on a quest to acquire a very specific con exclusive Princess Leia action figure. Tom also spoke of the Joss Whedon directed film ‘Much Ado About Nothing’, a modern take on a Shakespeare take that was filmed at Joss Whedon’s home over a week and a half. 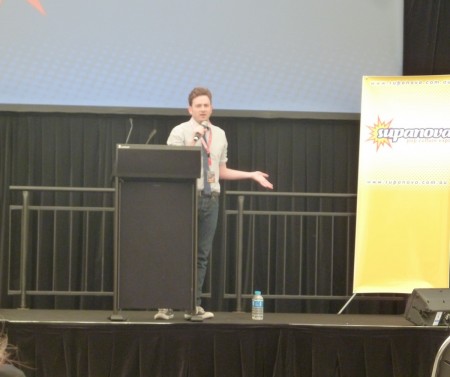 Peter Mayhew’s panel also took place on the Saturday, well known for his role as Chewbacca across four Star Wars films, fan questions for Peter mostly centred on the iconic classic trilogy. Peter elaborated on his experiences being cast in the original film, and how his physical attributes made him the perfect choice for a wookie. Speaking with the highest regard for director Irvin Kershner, Peter reminisced with fans about the making of The Empire Strikes Back, and how Kershner’s directing style involved a compromise between director and actor, allowing for a certain amount of creative improvisation that was incredibly effective. For those who are curious, yes Peter was asked about his involvement in Star Wars: Episode VII, no he didn’t make any comment on the new film! 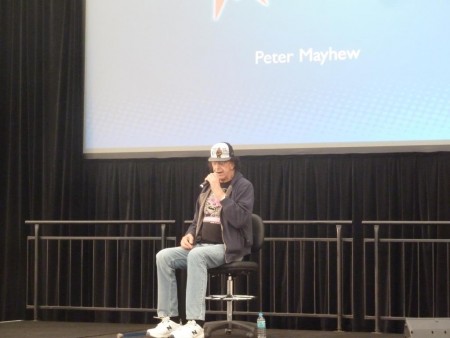 Michael Rooker rounded out Saturday afternoon with a chat about all things Walking Dead. Similar to the characters he plays Michael has a big personality and was a very entertaining and energetic guest at the convention. Fans asked several questions about Michael’s time in the makeup chair on the Walking Dead as well as for his role in the upcoming Marvel film Guardians of the Galaxy which is due for release later in 2014. 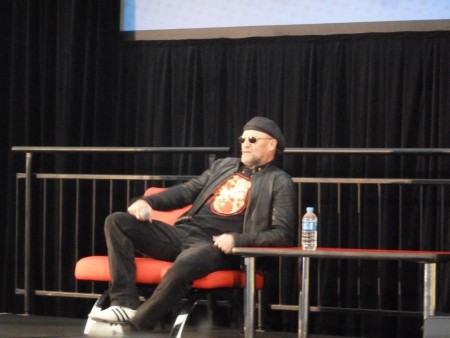 Sunday’s panels kicked off with Firefly and Marvel’s Agents of SHIELD star Ron Glass. Taking questions about working with Joss Whedon, and his involvement on SHIELD so far, Ron was very friendly and interactive with the audience. Recalling his first meeting with Joss Whedon Ron explained that he was unsure of what to do with his hair and so ultimately decided to wear a bandanna, but as he became more comfortable in the interview he removed the bandanna revealing an afro hairstyle which Joss was keen on him keeping fo the character, consequently Ron wasn’t able to shed his unwanted hair style until after the end of filming on the Serenity film. When asked about his future involvement on SHIELD Ron revealed that it’s still to be determined, depending on what story ideas the show pursues. 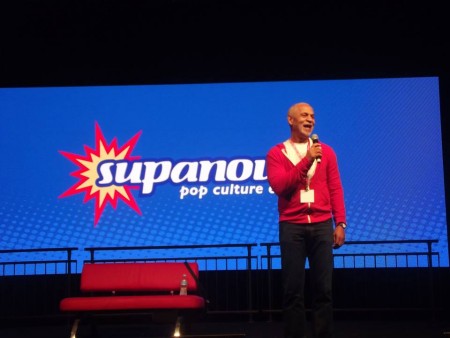 James Calis took to the stage later in the day to talk about his character Gaius Baltar from Battlestar Galactica. James revealed how much freedom the cast was given on the sci/fi series given the amount of improvisation that occurred on the show. James recalled that the entire production approached the series with the aim of delivering a mature themed sci/fi story that was in many ways a response to the September 11 terrorist attacks on the United States. Calis explained that with the show’s own catastrophic event occurring early in the series, it presented plenty of opportunities to explore the responses to such an event with the freedom of an intergalactic setting whilst leaving the core of the show as very relatable for audiences. Deviating from Battlestar James discussed the series he is currently filming in Melbourne, which is a World War 1 drama due for release in 2015. 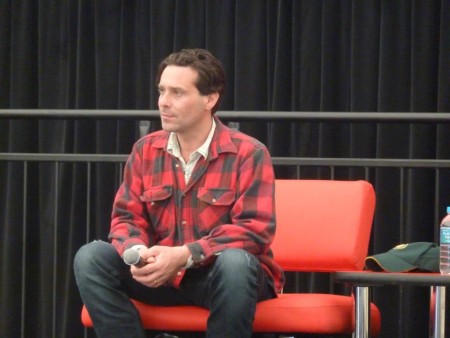 Meanwhile in one of the smaller panel rooms some of the Supanova comic guests took to their places for a supanova sketch off! This put Jim Cheung alongside Jill Thompson and Mike McKone all tasked with sketching up the audience requested version of Hellboy in the uniform of a Judge from the Judge Dredd universe! While the artists sketched away they were distracted with questions from the audience while trying to finish up the most detailed sketch in the time allocated. The sketch off wrapped up with a raffle to giveaway the three sketches to some lucky audience members. 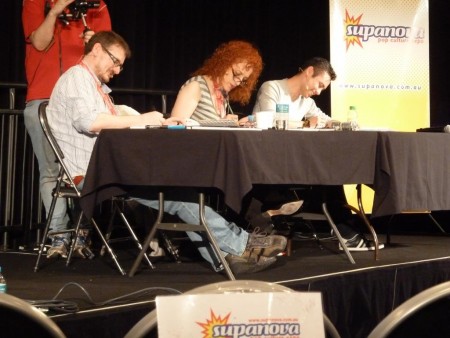 Once again Melbourne Supanova delivered a fantastic convention, attendee numbers appeared higher than ever which at times presented a few challenges for the organisers however overall things went well with a great line-up of guests. The next Supanova tour will be travelling to Sydney and Perth in June and includes such guests as John Barrowman, Jon Heder, Stan Lee (Sydney only), and Katie Cassidy.

You can check out all the details at www.supanova.com.au