The Director of the upcoming Australian film BURNING MAN will be coming to Perth on the 2nd November to attend a Talking Pictures Event at Luna Leederville.

Special Guest Writer/Director/Producer Jonathan Teplitzky will be in Perth fresh from the film’s World Premiere at the Toronto International Film Festival for a Special Talking Pictures Screening Event at Luna Cinemas Leederville on Wednesday 2nd November at 6.45pm. Jonathan will introduce and talk about his new feature drama in a Q&A session following the screening. Jonathan was also behind the camera for films such as ‘Better Than Sex’ and ‘Gettin Square’. The evening will be hosted by Christian Horgan, ABC Reporter and Producer for Can We Help?

Accessreel will also be interviewing Jonathan during his quick press tour to Perth that day, I also managed to see the film earlier today and our review will be up closer to the release.

BURNING MAN is the reckless, sexy, funny, moving and ultimately life-affirming story of Tom, a British chef in a Bondi restaurant, who seems to have decided there are no longer any rules he needs to obey. Whatever Tom is up to, his actions seem to be tolerated by those around him.

As Tom descends into darkness, fragments of a different story begin to emerge. All the women in his world are trying in their own, very different ways to help put him back together. 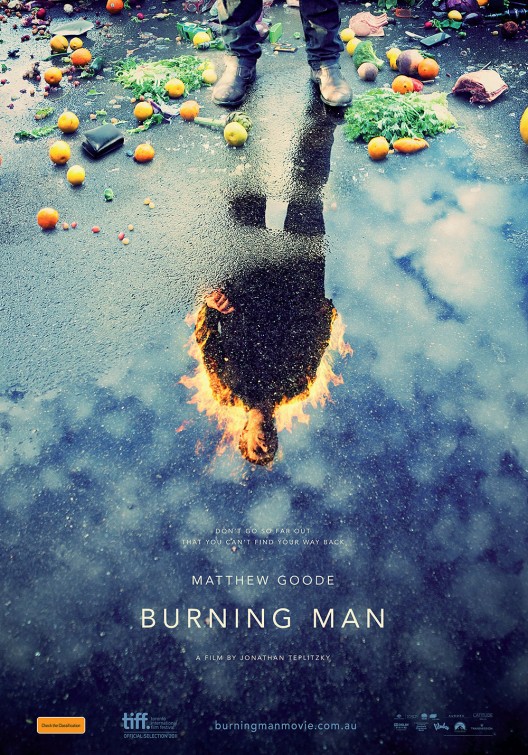