Teaser image from Fast and Furious 7

Dwayne Johnson revealed via instagram a sneak pic direct from the set of Fast and the Furious 7 which is currently shooting. In the film Dwayne reprises his role as Luke Hobbs and will be his third outing as the character. Check out the image on the full page.

Along with the reveal of the pic Johnson said 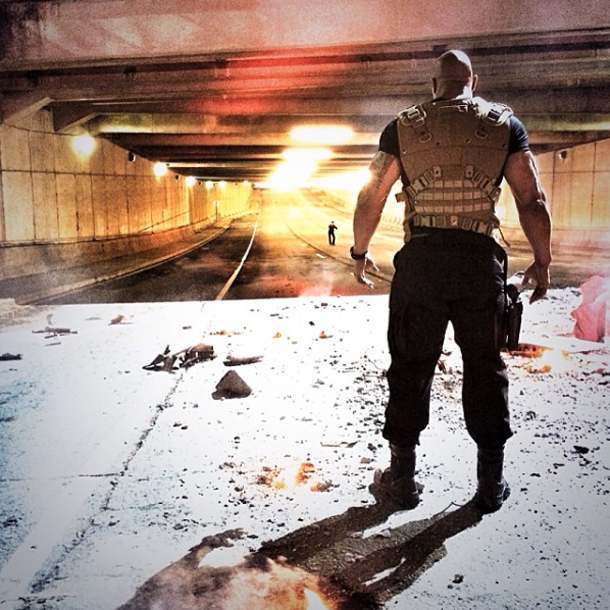