Fans of Terminator 2: Judgement Day will be happy to hear that it’s about to be in cinemas worldwide again.

To celebrate the 26th (it was meant to be 25th) anniversary since its release, director James Cameron has taken his iconic action/sci-fi film and converted it to 3D with 4K resolution. 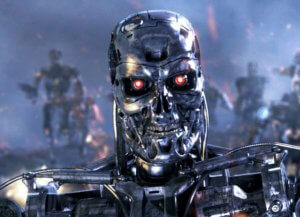 For the few people who are not familiar with Terminator 2: Judgment Day, the story takes place 10 years after the events of the first Terminator (1984). Sarah Connor struggles to protect her son, John, the future leader of the human resistance against the machines, from a new T-1000 Terminator sent back in time to eliminate John while he’s still a child. Their only ally is a reprogrammed T-800 Terminator (Arnold Schwarzenegger) whose mission is to protect John at any cost.

James Cameron’s conversion starts off strongly as the sharp three dimensional images of post-apocalyptic robots appear on screen. The benefits of full 4K resolution and 3D continue to pay off throughout its running time, especially during action sequences. Though don’t expect most scenes to “leap” from your screen like those shot in 3D in recent times. 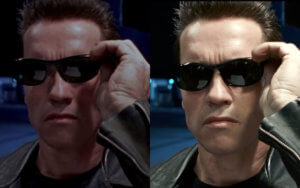 Overall, the converted version of Terminator 2: Judgement Day is a wonderful and exhilarating experience. Especially for those who never had the opportunity to catch it on the big screen in 1991.

Terminator 2: Judgement Day 3D hits cinemas this Thursday for ONE WEEK only.