Despite the final instalment in Christopher Nolan’s Dark Knight trilogy hitting screens in recent weeks, there is still plenty to look forward to for Batman fans. One of the story arcs drawn upon for the most recent film included ‘The Dark Knight Returns’. Written and drawn by Frank Miller, ‘The Dark Knight Returns’ is one of the seminal pieces of Batman work, originally published as a four issue series in 1986, the book re-established a tone for the character and the setting which is still influential on Batman books today.

As part of the line of DC Universe animated original movies from Warner Bros and DC Comics, two animated feature films are being produced adapting ‘The Dark Knight Returns’. The official synopsis of the films adapting Miller’s work is below;

It is ten years after an aging Batman has retired, and Gotham City has sunk deeper into decadence and lawlessness. Now, when his city needs him most, the Dark Knight returns in a blaze of glory. Joined by Carrie Kelly, a teenage female Robin, Batman takes to the streets to end the threat of the mutant gangs that have overrun the city. And after facing off against his two greatest enemies, the Joker and Two-Face, for the final time, Batman finds himself in mortal combat with his former ally, Superman, in a battle that only one of them will survive. 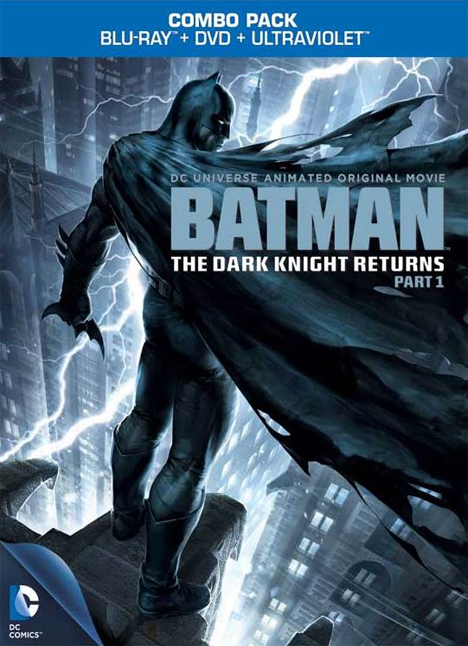 An adaptation of DKR is an ambitious project, it is a lengthy and immersive story and the film adaptation will no doubt benefit from the approach of having two films rather than one. Given the love for Miller’s work there will be high expectations from fans, but if Warner Bros manage to maintain the spirit and dark tone of the books, then these new films will be worthy of place equal to Nolan’s Batman films in any fans collection.