The Hunter Director heads to Perth

Daniel Netthiem Director of the upcoming film ‘The Hunter’ Starring Willem Dafoe, Frances O’Connor and Sam Neill will be heading to Perth to a special Talking Pictures Event on the 30th September at Luna Cinemas in Leederville.

THE HUNTER is a powerful psychological drama that tells the story of Martin (Willem Dafoe), a mercenary sent from Europe by an anonymous biotech company to the Tasmanian wilderness on a hunt for the last Tasmanian Tiger. Local guide, Jack Mindy (Sam Neill) provides Martin with a base camp – the ramshackle home of spirited children Sass (Morgana Davies) and Bike (Finn Woodlock), and their despondent mother Lucy (Frances O’Connor), whose husband, a zoologist, has been missing in the wilderness for months. Keeping his mission to find the Tiger a secret from the family and the local townspeople, Martin’s suspicions are raised when his traps and equipment are sabotaged and he is followed during his solitary expeditions into the harsh country. As he is drawn into his dramatic search for the elusive Tiger, Martin’s empathy for the family deepens and his unexpected connection to them, and majestic wilderness around him, forces him to confront the reality of his work and personal morality, with dramatic consequences.

The film will screen in the Special Presentation section of this years Toronto International Film Festival; September 8-18, 2011.

TALKING PICTURES Q&A EVENT
Friday 30 September @ 6.30pm
Luna Cinemas Leederville
The Screening will commence at 6.30pm with a Q&A Session with Director Daniel Netthiem following at about 8.15pm and will be hosted by Ben O’Shea (Editor of The Wire Mag, The West Australia) 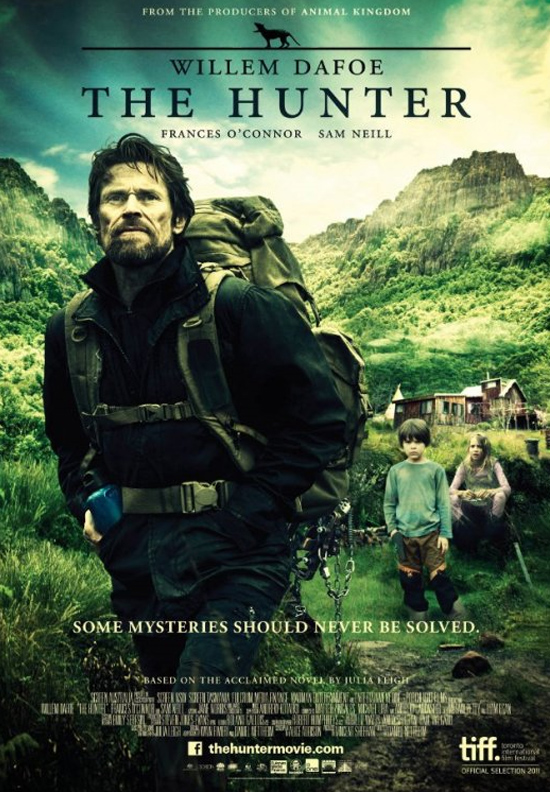 If you would like to know which Cinema will be screening ‘The Hunter’ in your city click here and to check out the trailer head over to our trailer page.