The trailer for The Lone Ranger has just hit the internet worldwide, the film starring Johnny Depp and Armie Hammer playing opposite in the roles of Tonto and John Reid.

Not really to sure what to think by the trailer, in all honesty it didn’t really get me excited for a few minutes there I thought I was watching Wild Wild West and totally expected a giant spider to pop up but in the end we do get a brief look at Depp as Tonto. It’s the first trailer so I’m not going to sit here and ‘hammer’ it to much but I just expected alot more especially with the drama getting this film off the ground and the budget blow outs lets just hope to god its an amazing film.

From producer Jerry Bruckheimer and director Gore Verbinski, the filmmaking team behind the blockbuster “Pirates of the Caribbean” franchise, comes Disney/Jerry Bruckheimer Films’ “The Lone Ranger,” a thrilling adventure infused with action and humor, in which the famed masked hero is brought to life through new eyes. Native American spirit warrior Tonto (Johnny Depp) recounts the untold tales that transformed John Reid (Armie Hammer), a man of the law, into a legend of justice—taking the audience on a runaway train of epic surprises and humorous friction as the two unlikely heroes must learn to work together and fight against greed and corruption.

Native American spirit warrior Tonto (Johnny Depp) and man of the law John Reid (Armie Hammer) are opposites brought together by fate and must join forces to battle greed and corruption. 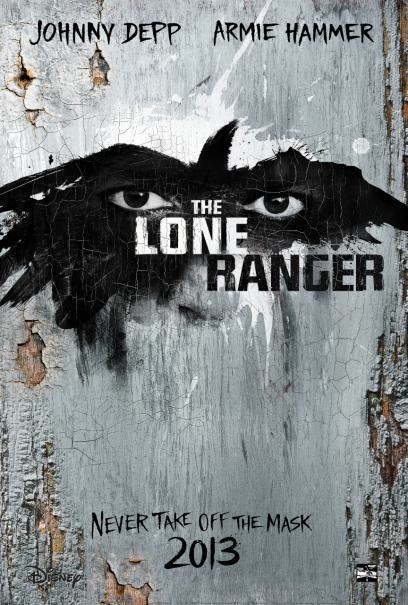