As of last week, Universal Studios in the U.S. had removed the prequel to John Carpenter’s The Thing to an undertermined date. Universal has given the date of October 14 2011 as the date that sees the new film bow in US cinemas.

Antarctica: an extraordinary continent of awesome beauty.  It is also home to an isolated outpost where a discovery full of scientific possibility becomes a mission of survival when an alien is unearthed by a crew of international scientists.  The shape-shifting creature, accidentally unleashed at this marooned colony, has the ability to turn itself into a perfect replica of any living being.  It can look just like you or me, but inside, it remains inhuman.  In the thriller The Thing, paranoia spreads like an epidemic among a group of researchers as they’re infected, one by one, by a mystery from another planet. The Thing serves as a prelude to John Carpenter’s classic 1982 film of the same name.  Directed by Matthijs van Heijningen, the thriller is produced by Strike Entertainment’s Marc Abraham and Eric Newman (Dawn of the Dead).

There is no word whether this affects the Australian release or not. As I stated in the last post, let’s hope the delays brings a stronger film to our screens.

Check out my previous article here. 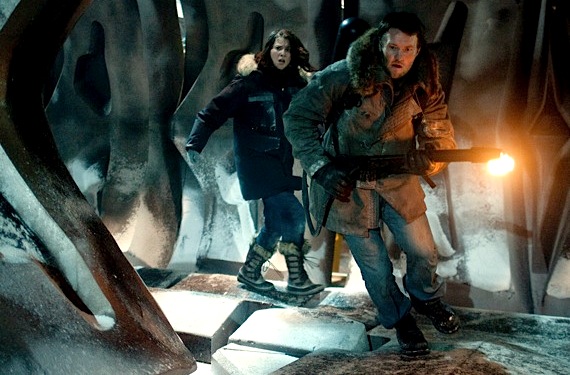