Perthians, enjoy the best cinema in the world under the Leederville stars, this week at the Luna Outdoor on Oxford Street. 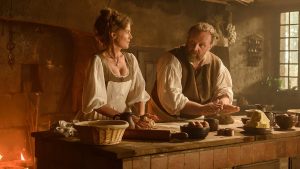 In 1789 France, just prior to the Revolution, gastronomy is strictly the domain of the aristocrats; indeed, the prestige of a noble house is entirely dependent on the quality and reputation of its table. So, when the talented but prideful cook Manceron (Gadebois) serves an unapproved dish of his own creation at a dinner hosted by the self-entitled Duke of Chamfort (Benjamin Lavernhe), the repercussions are brutal, and he is promptly dismissed.

The wounded Manceron swears off his passion and retreats with his son to a regional inn visited only infrequently by travellers, and where vegetable soup is the common meal. But when a mysterious woman (Carré) arrives and offers to pay to become his apprentice, the stage is set for a wildly enjoyable tale of reignited passion, mentorship and revenge… and of the creation of France’s very first restaurant.

Joining the ranks of films such as Big Night, Chocolat and Babette’s Feast in its joyous depiction of the preparation and love of fine cuisine, Delicious is just that. 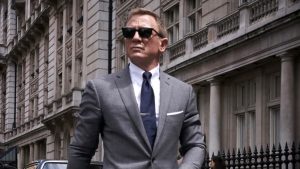 Bond has left active service and is enjoying a tranquil life in Jamaica. His peace is short-lived when his old friend Felix Leiter from the CIA turns up asking for help. The mission to rescue a kidnapped scientist turns out to be far more treacherous than expected, leading Bond onto the trail of a mysterious villain armed with dangerous new technology.

With their spectacular precision and visual wit, Edgar Wright’s movies — from Shaun of the Dead to Baby Driver — have been embraced by genre fans, arthouse cinephiles, and popcorn moviegoers alike. He has a singular talent for generating pure joy in the cinema. Last Night in Soho crafts a delicious new flavour from surprising ingredients: the pop thrills of 1960s Swinging London, the darker pleasures of psychological horror, and a very contemporary story of a young woman defining who she aims to be in the world.

Writing with Krysty Wilson-Cairns (1917), Wright draws us into the orbit of Eloise (Thomasin McKenzie), a 1960s-obsessed young woman who ventures from the English countryside to study fashion at a prestigious London academy. Ostracized by her school’s chic cliques, Eloise retreats from her dormitory to a rented flat in Soho, where her life becomes psychically intertwined with that of Sandy (Anya Taylor-Joy), a singer living in 1966. Matt Smith (The Crown) turns up as Jack, a smooth night owl promising to help Sandy achieve stardom. But as Sandy’s descent into the demimonde and Eloise’s nocturnal wanderings intensify, overlapping traumas turn both present and past into a vivid swirl of danger.

Peruse the summer programme for the Luna Outdoor and book your tickets here.