Perth movie-lovers, we’re deep into February and the great movies keep on coming at the Luna Outdoor Cinema on Oxford Street, Leederville. Enjoy sparkling cinema, in the refreshing cool of the outdoors.  Check out this week’s program. For further details or purchasing tickets hit the link. 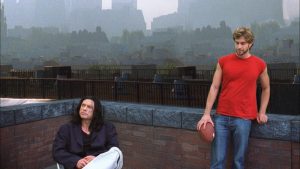 Grab your friends once again as Wiseau’s disasterpiece returns to the big screen for another Luna Outdoor summer screening of the cult phenomenon that’s so bad it’s good!

Be prepared for a wild evening. You won’t forget it, that’s for sure. A strange, bizarre and unique cinematic experience!

Dress as your favourite character, wear tuxedos, throw bamboo spoons, bring roses, toss footballs, eat metaphoric apples and yell insulting comments about the quality of the film as well as lines from the film itself. Hosted by James Palm. 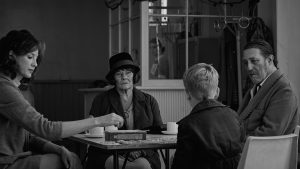 In his three decades of filmmaking, Kenneth Branagh has ushered us into Henry V’s campaign at Agincourt, Thor’s celestial chambers on Asgard, and murderous intrigues aboard the Orient Express. Branagh’s latest work unfolds in a much more real-world and familiar setting for the prolific actor, writer, and director. Named after the city of his birth, Belfast is Branagh’s most personal — and most affecting — film yet.

A coming-of-age drama set during the tumult of late-1960s Northern Ireland, the film follows young Buddy (Jude Hill) as he navigates a landscape of working-class struggle, sweeping cultural changes, and sectarian violence. Buddy dreams of a glamorous future that will whisk him far from the Troubles, but, in the meantime, he finds consolation in his charismatic Pa (Jamie Dornan) and Ma (Caitríona Balfe), and his spry, tale-spinning grandparents (Ciarán Hinds and Judi Dench).

Its story is rooted in blood ties, Belfast is also a family affair behind the scenes, as Branagh reunites with many long-time collaborators, such as production designer Jim Clay, director of photography Haris Zambarloukos, and editor Úna Ní Dhonghaíle. Together they’ve crafted a film that is characteristically meticulous in its evocation of a particular place and time, while Branagh’s superb cast fills every scene with energy, idiosyncrasy, and heart. 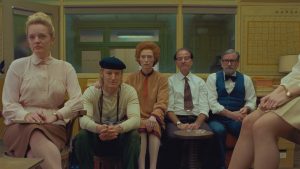 Anderson‘s American comedy-drama film which premiered at the Cannes Film Festival received one of the longest rounds of applause at the event’s 74th edition.

The French Dispatch is a love letter to journalists set in an outpost of an American magazine in a fictional 20th-century French city and brings to life a collection of stories published in The French Dispatch. 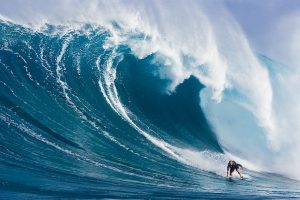 Facing Monsters digs deep into the psyche of enigmatic WestAustralian ‘slab wave surfer Kerby Brown, a man whose connection with the ocean runs as deep as his love for his family.

Directed by Bentley Dean (Contact, Tanna) and produced by Chris Veerhuis (Red Dog: True Blue, Breath) along with executive producers Frank Chidiac, Susanne Morrison and co-producer Sonya Rifici, this suspenseful, action-packed drama unravels Kerby’sinner demons whilst confronting the real-world consequences that his death-defying passion could have on his family. 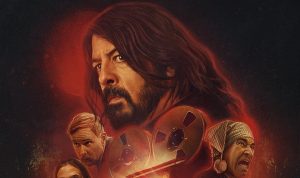 In Studio 666, the legendary rock band Foo Fighters move into an Encino mansion steeped in grisly rock and roll history to record their much anticipated 10th album. Once in the house, Dave Grohl finds himself grappling with supernatural forces that threaten both the completion of the album and the lives of the band.

As the band writes and records new music, frontman Dave Grohl finds himself possessed by supernatural forces that threaten the completion of the album and the lives of the band. 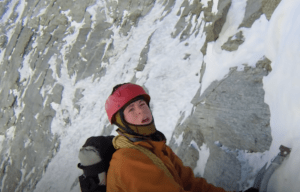 The Last Mountain:The Story of Tom Ballard, directed by Chris Terrill explores the life of British mountaineer Tom Ballard who died while attempting to climb Nanga Parbat in February 2019 with Italy’s Daniele Nardi.

In February 2019, 30-year-old Tom Ballard and 42-year-old Daniele Nardi perished while attempting to scale Nanga Parbat in winter. Ballard was the son of world-famous mountaineer Alison Hargreaves, reputed to be one of the greatest female climbers of all times who died on K2 in 1995. Their compelling lives are explored in  The Last Mountain directed by Chris Terrill, using intimate family archive footage and interviewing those left behind to tell the unforgettable story of Tom and his family. 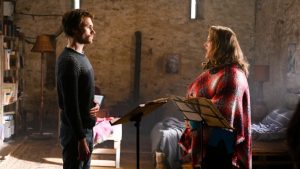 Falling for Figaro is a romantic comedy set in the fierce world of opera singing competitions, starring Danielle Macdonald and Joanna Lumley. Millie (Macdonald) is a brilliant young fund manager, who decides to leave her unfulfilling job and long-term boyfriend behind to chase her lifelong dream of becoming an opera singer in the Scottish Highlands!

She begins intense vocal training lessons with a renowned but fearsome singing teacher and former opera diva Meghan Geoffrey-Bishop (Lumley). It is there she meets Max (Hugh Skinner), another of Meghan’s students who is also training for the upcoming Singer of Renown contest. What begins as a brutal competition between and Max slowly turns into something more.

This is a beautiful film—- wonderful characters, superb casting, great music and a story that is engaging and convincing. A film to warm your heart set in wonderful scenery and with a witty script well delivered.  What’s not to like? Even if you don’t like opera you’d be hard-pressed not to enjoy the beauty of the musical excerpts chosen in the film.

Joanna Lumley is superb and it’s nice to see her playing a crusty and serious role to perfection but laced through with real compassion and caring.

Treat yourself to an experience of delight for your eyes and ears—and a story you will fall in love with.