Perthians, the Luna has another great selection of outdoor cinema this week. Check out the program. For further details or purchasing tickets hit the link. 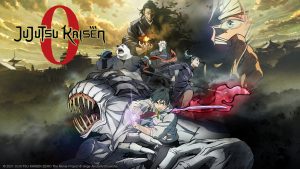 Jujutsu Kaisen 0: The Movie is a 2021 Japanese animated dark fantasy film; a prequel to the Jujutsu Kaisen manga series by Gege Akutami. Directed by Sunghoo Park and written by Hiroshi Seko.

Yuta Okkotsu, a high schooler who gains control of an extremely powerful Cursed Spirit and gets enrolled in the Tokyo Prefectural Jujutsu High School by Jujutsu Sorcerers to help him control his power and keep an eye on him. Ever since his childhood friend Rika died in a traffic accident, her ghost has stuck with him. But her spirit does not appear as the sweet girl Yuuta once knew. Instead, she manifests as a monstrous and powerful entity who fiercely protects him. Unable to control Rika’s violent behaviour, Yuuta is helpless to stop the bloodshed that follows from her brutal vengeance. 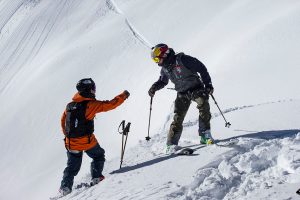 Big mountain skiers, and close friends, Jérémie Heitz and Sam Anthamatten, find beauty and display grace in the dangerous world of free-skiing. Follow them as they set off around the world to find the most awe-dropping, high-altitude peaks and mountain ranges that exceed 6000 metres, and do what they do best: ski.

Back in 2016, free-skier Jérémie Heitz compiled a list of some of the most daunting and iconic peaks in The Alps, to then freeride down them at record speeds. Having developed a taste for adrenaline, the Swiss skier, known amongst his peers as the fastest free-skier in the world, collaborates with his close friend Sam Anthamatten to set off on an ambitious new endeavour, that will take them across the world. 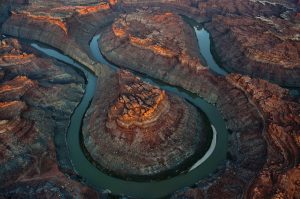 Straight from MIFF comes the River, directed by Jennifer Peedom (Sherpa) and narrated by Willem Dafoe – a  film that explores the timeless relationship between humans and rivers. A profound cinematic and musical reflection on how rivers have shaped both the planet’s elaborate landscapes and all human existence.

Throughout history, rivers have shaped our landscapes and our journeys; flowed through our cultures and dreams. RIVER takes its audience on a journey through space and time; spanning six continents, and drawing on extraordinary contemporary cinematography, including satellite filming, the film shows rivers on scales and from perspectives never seen before. Its union of image, music and sparse, poetic script create a film that is both dream-like and powerful, honouring the wildness of rivers but also recognising their vulnerability.

Luna Outdoor celebrates this extraordinary film with live music by the elegant, sophisticated and versatile  Très Classique Ensembles as they fuse a diverse and extensive repertoire that captures this transcendent cinematic experience. 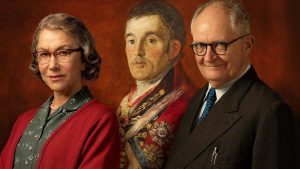 The Duke is the true story of Kempton Bunton, a 60-year old taxi driver, who stole Goya’s portrait of the Duke of Wellington from the National Gallery in London. It was the first (and remains the only) theft in the Gallery’s history.

Kempton sent ransom notes saying that he would return the painting on the condition that the government invested more in care for the elderly – he had long campaigned for pensioners to receive free television. What happened next became the stuff of legend. Only 50 years later did the full story emerge – Kempton had spun a web of lies. The only truth was that he was a good man, determined to change the world and save his marriage – how and why he used the Duke to achieve that is a wonderfully uplifting tale.

“Gloriously entertaining, with Broadbent and Mirren on excellent form. A quintessentially British film which, while it doesn’t reinvent the cinematic experience, is sure to be enjoyed by many.”  HeyUGuys