Perth film-goers and movie fans, the Luna Outdoor continues its season of excellent cinema under the Leederville stars. Check out this week’s program. For further details or purchasing tickets hit the link. 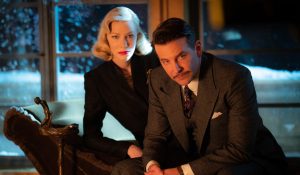 In Nightmare Alley, an ambitious carnival worker (Bradley Cooper) with a talent for manipulating people with a few well-chosen words hooks up with a female psychiatrist (Cate Blanchett) who is even more dangerous than he is.

Guillermo del Toro’s follow-up to the Oscar-winning Shape of Water is a departure for del Toro, who is known for his monster-led movies. Nightmare Alley, instead, is a psychological-modern film noir thriller. “This has no supernatural element,” del Toro told Vanity Fair. “It’s based completely in a reality world. There is nothing fantastic. It’s a very different movie from my usual, but yes, the title and my name would create that [impression].”

Nightmare Alley, based on a 1946 book by William Lindsay Gresham, tells the story of a highly manipulative former carnival worker, Stanton Carlisle (Bradley Cooper), who has a knack for scamming millionaires. When Stanton gets involved with psychiatrist Dr. Lilith Ritter (Cate Blanchett), however, he realizes he may have met his match. 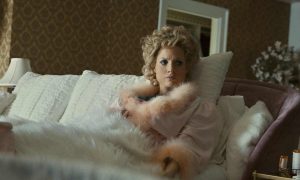 The Eyes Of Tammy Faye is an intimate look at the extraordinary rise, fall and redemption of televangelist Tammy Faye Bakker. In the 1970s and 80s, Tammy Faye and her husband, Jim Bakker, rose from humble beginnings to create the world’s largest religious broadcasting network and theme park and were revered for their message of love, acceptance and prosperity. Tammy Faye was legendary for her indelible eyelashes, her idiosyncratic singing, and her eagerness to embrace people from all walks of life. However, it wasn’t long before financial improprieties, scheming rivals, and scandal toppled their carefully constructed empire. 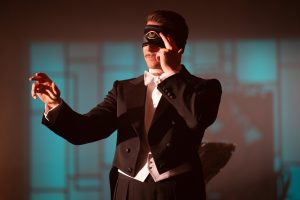 Pedro Almodóvar returns, following his triumphant Pain and Glory, with a dramatic tale of motherhood and historical trauma starring Penélope Cruz. Cruz, winner of the Best Actress prize at Venice 2021, is fantastic as Janis, a photographer who accidentally becomes pregnant through a relationship with a married forensic archaeologist. While in hospital, about to give birth, she meets Ana (Milena Smit), a traumatised adolescent who is terrified about her pregnancy. Though in very different situations, Janis and Ana form a bond that has a dramatic impact on their lives. In returning to his recurrent theme of mothers, Almodóvar delves into Spain’s traumatic past, showing an intense connection between the personal and the political. The craft is of course distinctively Almodóvar’s, and the gorgeous visuals combined with deep emotion make this a very welcome return into his world.